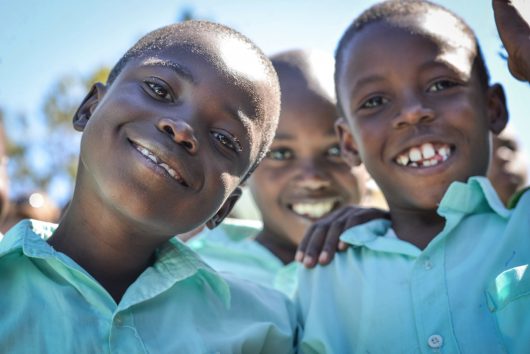 Although school attendance has increased within the past several years, education in Haiti remains a problem. More than 200,000 Haitian children do not go to school, and half of Haiti’s adult population is illiterate.

Because most schools in Haiti are privately operated without government regulation, the cost of tuition is taxing. In many cases, students are forced to take a year or more off between grades because they can’t afford to continue. Joseph Woaly, an alumni of the Haitian school system, said he completed primary school at age 17 and secondary school at 25.

Other challenges persist. Even some of the newest institutions are not up to code. School buildings lack basic necessities such as clean water and working lavatories. According to education officials, much more funding is needed to continue plans for reforming education in Haiti.

As in most impoverished countries, women receive fewer opportunities than do men in Haiti. The World Bank estimates that a 1 percent increase in the number of women receiving an education can increase a country’s financial growth by 0.3 percent.

In 2007, the World Bank and the Caribbean Development Bank started a tuition waiver program to help reform education in Haiti. The World Bank has allocated $24.1 million toward supporting the program from 2014 to 2017. The grant helps underprivileged families pay for the cost of primary school tuition and supplies.

This tuition supplementation program has enabled more children to enroll in school while simultaneously creating a need for more teachers, thus benefiting the Haitian job market. Unfortunately, most Haitian teachers are somewhat unqualified, having received little or no training.

Another effective initiative started in 2012. The Adolescent Girls Initiative (AGI) set out to reform education in Haiti by teaching young women the skills they need to obtain long-term employment. Technical trades are often geared toward males, but AGI challenged those stereotypes, training women in such trades as plumbing, construction, machinery and IT.

The development of soft skills like professionalism, self-esteem and leadership is also crucial to gaining and retaining a profession. AGI found that women who received training were more self-confident, developing better decision-making abilities and more optimistic outlooks for the future.

The United States Agency for International Development (USAID) has also taken a deep interest in reforming education in Haiti. The organization has actively worked with the Ministry of Education in Haiti to maximize donor resources and improve national literacy levels. Over the past five years, USAID has helped Haitian children learn how to read, providing them with 85,000 workbooks, 3,700 teacher guides and curricula meeting international standards. USAID also reformed 19 schools to cater to the needs of disabled children.

Last year the World Bank promoted the idea of transferring some private schools into the public sector, hoping to increase enrollment among children who still cannot afford school fees. No notable progress has been made toward this initiative. The Haitian government maintains that there is no funding available for the project now, nor will there be within the foreseeable future.

EcoDomum is Reshaping Affordable Housing in MexicoEducation in Finland: A Model for Equality
Scroll to top