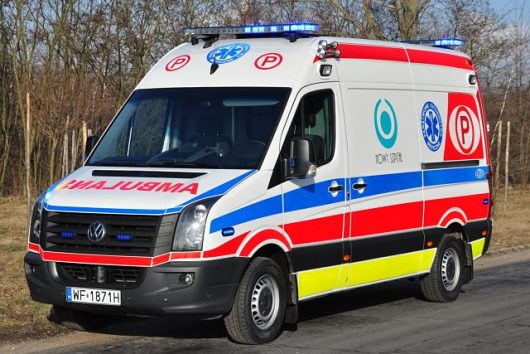 The World Health Organization (WHO) reports noncommunicable diseases are one of the major health and development challenges of the 21st century. Low and middle-income countries suffer the most from these diseases, but even high-income countries such as Poland are affected. According to the Institution for Health Metrics and Evaluation, ischemic heart disease, Alzheimer’s disease and lung cancer are some of the most common diseases in Poland.

Ischemic Heart Disease
The American Heart Association identifies ischemic heart disease as a condition in which heart complications develop due to the narrowing of heart arteries. As a result, heart attacks, strokes and other life-threatening problems can occur. Cardiovascular disease is the number one cause of death worldwide. Over three-quarters of those deaths take place in low and middle-income countries. In 2015 alone, approximately half of the deaths in Poland resulted from heart-related diseases.

The Organisation for Economic Co-operation and Development (OECD) states that the reasoning behind this large statistic could be caused by Poland’s lack of partaking in risk-reducing behavior. The adult smoking rate in Poland is 23.8 percent. This is higher than the OECD average of 20.9 percent. The reported prevalence of high blood pressure is also high at 37.2 percent; this is 11 percent over the OECD average.

Fortunately, 2013 marked the year 193 UN member states joined the WHO to reduce preventable noncommunicable diseases. Targets include a 25 percent decrease in the global occurrence of high blood pressure and the prevention of heart-related complications. Each country’s progress is set to be assessed in 2018.

Alzheimer’s Disease
Alzheimer’s is a manifestation of dementia that causes problems with memory, thinking and behavior. Symptoms usually develop slowly and get worse over time. The 2016 World Alzheimer Report claims that approximately 47 million people globally are living with dementia. As subsequent populations continue to live longer, this number is expected to rise.

Poland, specifically, has seen an increased rate of Alzheimer’s over the past decade. The Institution for Health Metrics and Evaluation marks a rise of almost 38 percent. Luckily, the WHO and the OECD have noticed the issues associated with dementia and have decided to take action. Policies introduced include better care, early diagnosis, implementing innovation in science and technology and having open access to data.

Lung Cancer
The uncontrolled growth of abnormal cells in one or both lungs is the definition of lung cancer. These irregular cells fail to make healthy lung tissue and can interfere with the function of the lung. Symptoms include coughing, chest pain, shortness of breath and coughing up blood. The WHO states that cancer is the second leading cause of death globally, with lung cancer being the most common type of cancer in the world.

North America and Europe have the most cases of lung cancer, with Poland being in the top 20 countries. Smoking is connected to 85 percent of all lung cancers. Men dominate this percentage, landing Poland another spot in the top seven countries. The OECD says the adult smoking rate in Poland is about 40 percent for men, which is about 16 percent higher than the OECD average. As a consequence, the rate of lung cancer – specifically in men – is exceptionally high, keeping Poland as one of the most-affected countries. The country has experienced a 2 percent rise over the last decade.

In response to these numbers, the WHO’s Global Action Plan for the Prevention and Control of Noncommunicable Diseases aims to reduce the overall mortality rate from cancer by 25 percent. Objectives include prevention, control, high-quality research and evaluation. The decrease in cancer cases is set to be achieved by 2025.

Recognizing common diseases in Poland is critical to improving the well-being of its citizens. All of these noncommunicable diseases share increased prevalence, inadequate health care or preventable behavior. The WHO Global NCD Action Plan will use this information to create and monitor progress. Once this is completed, we will hopefully see a decrease in these diseases.