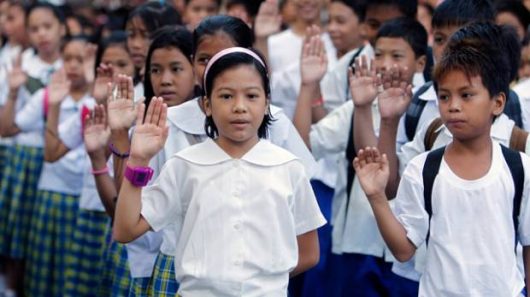 Philippine President, Rodrigo Duterte, has signed a bill that will grant free tuition to students attending state universities. Free higher education could prove to be a much-needed step out of the poverty trap for the 42 percent of Filipinos living on less than $2 a day.

The law, which was signed August 3 against the recommendation of the Duterte’s economic advisers, is estimated to cost nearly 100 billion pesos – roughly $2 billion US – per year. Some senators have claimed that when the plan is fully implemented it will only cost a quarter that much. The challenge for Duterte is the full implementation throughout the country’s 112 state schools.

There are some strings attached. Free tuition will only be available to students who maintain high grades throughout secondary education. In addition to that, all students – even those in private higher education institutions – will be required to pass drug screenings to attend school. The latter requirement is an extension of the recent crackdown on drug usage by the Duterte regime.

In 2011, after the launch of the U.S. led Partnership for Growth project, USAID began working closely within the Filipino school system, helping the nation reach its literacy goals and foster new partnerships between each nation’s higher learning institutions.

Even with the help of the U.S., the price of education has been a consistent problem for people in the Philippines. Unable to cover the costs of schooling equally in its 13 districts, the government has historically chosen to focus efforts and money on primary schooling. Duterte’s new law is the first of its kind to focus on higher education. Only time will tell whether his Philippine education reforms are financially feasible, but many Filipino lawmakers realize the importance of investing in human capital.

Education is commonly seen as being one of the steadfast ladders out of poverty. This tuition bill is just a piece of Duterte’s promised grand social spending plan– the regime hopes to add more skilled workers to its labor pool who are ready to take on the changing demands of a highly technological economy.