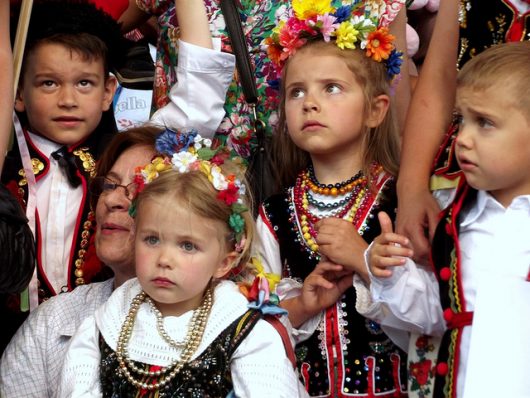 One of the main challenges Poland faces today is malnutrition. Hunger in Poland is an issue every third child between the age of 7 and 15 suffers from, according to research done by Poland Human Resources.

In Warsaw, over 23,000 children suffer from malnutrition.

Poverty is the main cause of malnutrition and hunger in Poland. Nearly 7 percent of the Polish population lives below the poverty line. As a result, many of the poor have unhealthy diets, causing deficiencies in vitamin D, folate, vitamin C, calcium and iodine. Infants, teenaged girls and women are particularly vulnerable. Iron deficiency is also a problem in Poland, seen in about one-quarter of children and pregnant women.

The Polish Central Statistical Office recently released a report which reveals deteriorating living conditions for the working class. The report shows that more than half a million children suffer from hunger in Poland, as well as severe malnutrition. Other highlights from the report:

These statistics are particularly relevant in small villages, where there are high rates of unemployment and social helplessness. Most of the children suffering from hunger and malnutrition have families that are at the edge of poverty.

The Polish government has focused on improving economic conditions for its people in recent years. It must do more to eliminate hunger and malnutrition for its children.