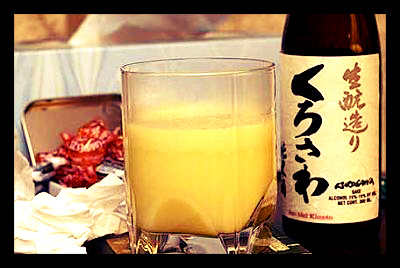 In most parts of the rural world, obtaining over-the-counter medication for a cold isn’t an option. Despite Tylenol’s world-wide market and the growing popularity of Vicks and Sudafed, sometimes the availability or the price of these products, or the unmistakably Western feel of them, makes them unappealing to parts of the globe.

There are stubborn old grandmothers in every country who insist they know best while passing on their home-style remedies for curing the common cold. Here’s a sampling of common cold remedies from across the globe:

A plate of cooked, mashed turnips to ease a cold. The vegetable is full of vitamin C and can ease a cough or ticklish throat.

Cow or sheep fat is wrapped in cloth, warmed, and placed on the chest to help with congestion. This is still sometimes used in rural areas to keep a deep cough from turning into pneumonia.

Russia and the Ukraine

Similar to eggnog, this hot drink is whisked egg yolk with a teaspoon of honey or sugar. Pour into a half-cup of warm milk prepared with a tablespoon of unsalted butter. Adding rum or cognac turns this into eggnog and promotes a good night’s sleep.

Rice porridge, or jook, is thought to be the easiest food to digest and cleanses a sick body of toxins. To prevent a cold some turn to mustard green soup: a pound of broad leaf mustard greens, cooked with a large sweet potato and simmered in water for a few hours. The resulting soup is hydrating and easy to stomach. Some people also burn Ai Ye, or wormwood to fend off a cold or to prevent further infection.

A soup made up of dried lizards, yam and Chinese dates simmered in water

Just a spoonful of ginger juice and honey. For sick kids parents will roast ajwaim, or carom seeds. Similar to thyme, this acts as a decongestant.

Tea made with eight or more whole cloves, two or three cinnamon sticks, one full-circle star anise, a peeled whole ginger root that has been cracked in a few places. All of this is left to soak for about 45 minutes before being strained and served with honey.

Tamagozake; a drink made with sake, one egg and honey. It strengthens the immune system and promotes a good night’s sleep. Another favorite is umeboshi or “pickled plum” which is eaten or steeped in tea with ginger and lemon.

Lemon, honey and garlic in any combination. Garlic works as a decongestant, lemon thins mucus and honey boosts the immune system.

An omelet made with garlic, oil and pepper.

Black licorice-root candies and tea. Black licorice root contains glycyrrhizin, which has antiviral and anti-inflammatory effects and works to stop the growth of viruses.

Tom Yum soup; traditionally made with shrimp and sometimes called hot-and-sour, this soup is made with coriander, lemongrass and lime leaves.

a combination of fermented cabbage or radish seasoned with garlic, salt, vinegar, chili peppers and other spices. This particular collection of spices and vitamins is thought to fight off disease.

Try a few and build them into your winter diet!

Politicians in India Entice Voters with GiftsWomen’s Equal Rights: Only for the Rich?
Scroll to top