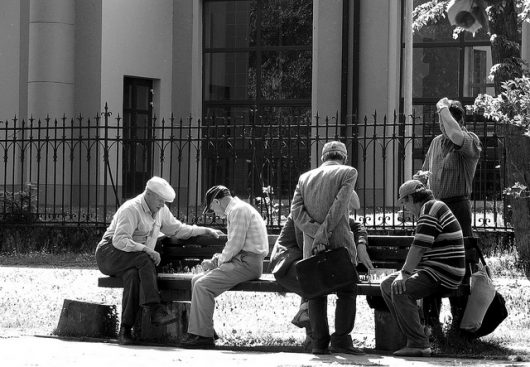 Though Lithuania has experienced marked progress since joining the European Union in the early 2000s, it still faces a number of challenges. In the aftermath of the financial crisis of 2008, many European countries experienced a spike in poverty. The rise in poverty in Lithuania was among the most significant, and, compared to other European nations, it has not necessarily recovered to its full capacity. Arguably the most significant causes of poverty in Lithuania are those factors that relate to inequality.

The vast inequality present throughout Lithuanian society is the result of a persistent lack of adequate social programs and fair incomes. In addition, many areas of Lithuania maintain a low standard of living, with poor access to social programs and services, quality education and non-agricultural employment opportunities. This is particularly true of rural areas that are largely disconnected from the state’s urban centers and therefore do not benefit from the prosperity of the Lithuanian government or local businesses. Improving infrastructure to connect rural areas to urban centers would supply additional opportunities to those residing outside the city rather than forcing them to pursue only opportunities in their immediate vicinity. To do so would eliminate one of the main causes of inequality and therefore chip away at the causes of poverty in Lithuania as well.

Within Europe, more equal societies typically have the lowest rates of poverty. These are the states that prioritize social protections and mandate an adequate income in order to support a decent living, whereas others neglect disadvantaged populations in favor of other kinds of spending. Thus, one of the main causes of poverty in Lithuania is also one of the main causes of inequality: lack of adequate government assistance and social protections. For example, Lithuanian pensioners often do not receive enough to live on and thus become dependent on their families, placing an additional burden on household incomes that are already low. A more equitable allocation of government spending and redistribution of government services would serve to provide poorer and more vulnerable populations the resources they need to rise out of poverty.

By national standards, nearly 30 percent of Lithuania’s population faces poverty and social exclusion, one of the highest rates among members of the European Union. A comparable portion of the population is considered at risk of poverty. These facts and the lack of opportunities and government assistance available to Lithuanians have driven Lithuanians out of the country in search of better employment, despite the growth of the Lithuanian economy. In 2016, 50,333 Lithuanians left the country, 5,800 more than in 2015 and 13,172 more than in 2014. Should this pattern persist, economic growth in Lithuania will eventually slow, resulting in higher rates of poverty and inequality. In addition, those leaving are likely to be skilled workers, which means that Lithuania could also soon face a brain-drain, deepening the economic downturn that could occur.

While the causes of poverty in Lithuania are relatively simple to identify, their implications for the future are complicated as the country moves forward. In order to stop the emigration that would inevitably worsen Lithuania’s poverty rate, there must be a shift toward more equitable social programs and an effort to improve the access of rural communities to urban centers, therefore exposing them to education and employment opportunities necessary to their success. Should these issues be addressed, it is likely that Lithuania’s recent prosperity will continue.