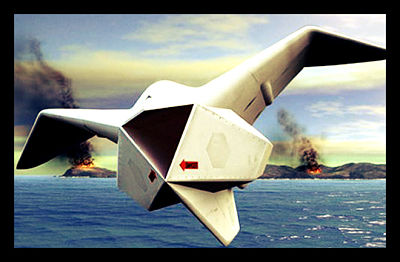 Drones have gained a negative reputation as aggressors, due to their military use in times of conflict, but the unmanned aerial technology is earning a positive reputation from those who are receiving aid from it. Matternet, a start-up company based out of Silicon Valley, is looking to use drones for social good. The company is trying to develop a network of unmanned mini-helicopters to help transport goods to rural areas and to places that are inaccessible due to lack of developed transportation infrastructure.

The mini-helicopters are capable of flying at heights of roughly 400 feet, and can travel up to six miles in each trip it makes. Matternet lays out a three-stage project which will utilize the technological power of the drones to deliver aid. The first stage will establish stations for drones to swap out batteries along their journeys and second phase will work to establish drone helicopters with solar-powered charging capacity, allowing the drones to travel without having to stop for a charge. The final stage of Matternet’s project will create a global network of drones, allowing for large-scale coordination and transportation of goods.

The mini-helicopters are capable of carrying 4.5 pound loads. While this capacity will not for allow for heavy shipments, it will accommodate most small aid packages. The company states that “80 percent of e-commerce packages are below 2kg,” or roughly 4.5 pounds. The drones should be able to carry items such as medicines for individual or household use, which is one of the main focuses of the project’s development.

Matternet gives an example of how its technology can improve health care in developing areas. Without Matternet’s drones, a mother in rural Africa could have to put off a day’s work and travel many miles to visit a doctor and receive medicine for her daughter’s ear infection. Or, by using the new technology, the same mother could call a doctor, and the medicine that her daughter needs could be shipped to her via drone within minutes, saving time and in critical circumstances, possibly saving lives.

Developers of Matternet emphasize their innovation’s ability to quickly and cheaply transport goods. The company states that it can establish 50 base stations and build 150 drones in Lesotho for $900,000 while it would cost about $1 million to build a single one-mile, one-lane road.

Matternet’s drones were first deployed to Haiti and the Dominican Republic for humanitarian purposes last year. The company says it needs to improve navigation and battery systems in its technologies before the drones can be used on a large scale, but Matternet hopes that in the future its drones will be utilized to help create enormous positive change in the developing world.