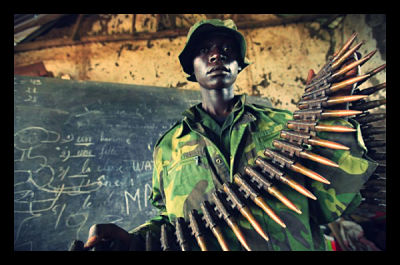 Thousands of refugees flee from the DR Congo to Uganda after Congolese Government forces (FARDC) and the M23 Islamic rebellion movement, collide in dispute. More than 100 armed men wearing women’s clothing entered the Democratic Republic of the Congo from Rwanda, launching an attack close to the provincial capital of Goma.

In addition to this conflict, elsewhere fighting has displaced thousands more after the Allied Democratic Forces (ADF), a Ugandan rebel group, launched a surprise attack on the Congolese town of Kamango. Authorities report that Congolese troops have retaken the town, but they worry that a mass movement of people will allow rebels to further infiltrate nearby areas and worsen the conflict.

According to aid agencies, an estimate 66,000 refugees poured into Uganda following these attacks. Adrian Edwards, spokesman for the UNHCR, said that “people literally fled for their lives,” bringing nothing with them as they tried to reach the border between the Democratic Republic of the Congo and Uganda.

Refugees fleeing from Kamango and nearby areas entered Uganda through the district of Bundibugyo, where they had to take shelter under shop verandas or on school grounds. The Red Cross estimates that 2,000 of the refugees are pregnant women, and at least five of them gave birth while on the run.

The agency is working with Ugandan police to transport hundreds of people from six reception centers to a transit camp where they can register and receive necessary services. Many of the refugees are in immediate need of emergency aid in the form of food, shelter or medicine. The facility is already being overburdened as the Red Cross works to accommodate increasing numbers of Congolese citizens.

International assistance remains of the utmost importance as fighting rages on between government forces and ADF rebels in Kamango and the Congolese army and M23 rebels in Goma. In addition to the UNHCR and the Red Cross, other agencies working to relieve the humanitarian crisis include the World Food Programme, UNICEF, Doctors Without Borders, Oxfam and the Lutheran World Foundation.

Beyond The Military: How Drones Can Alleviate Poverty What is the Harvard Humanitarian Initiative?
Scroll to top