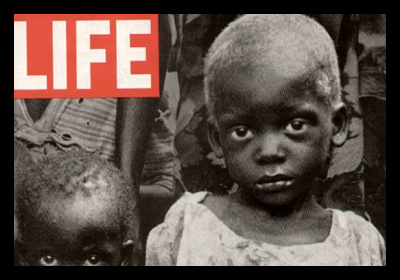 In the current struggle against Ebola, the American public seems to care more about the threat to themselves than those already affected. In an era of decreased attention and increased media coverage the plight of the impoverished is often overlooked by the impatience of western readership.

On July 12, 1968, TIME Magazine published a head-turning cover story on starving children in the Biafran civil war. The pleading eyes of two children stared the world in the face, challenging every reader to pause and consider their predicament.

And consider it they did: individuals, foreign governments and charity organizations flooded West Africa with millions of dollars in relief funds.

The 2014 parallel to the Biafran War is Ebola. The virus’s meteoric rise to the forefront of every news program is challenging the way Americans intake news. The self-centered tone that clouds American media has turned the crisis into a threat to the American public.

But is it really an immediate terror? At the end of the day most would choose to watch a news segment and then change the channel, leaving Ebola to those in hazmat suits.

Curiosity in African crises rises and falls with the course of events such as the Rwandan genocide or Sudanese civil war. Interest swells as death tolls rise and accordingly subsides as the conflict calms.

In the case of Biafra, children’s hunger was the subject of years of aid and public interest. In the nearly 50 years since Biafra, the western public has continued this predictable pattern of temporary fascination with the impoverished. But this pattern is changing quickly. Where we once followed crises for years, we now spend only weeks.

Four months ago, the international terrorist group Boko Haram abducted almost 300 girls from primary schools in Northern Nigeria. Yet since the initial release of the Internet campaign #bringbackourgirls, the world has turned away from the issue in favor of more exciting news. More than 200 girls remain missing and Boko Haram is still at large. Similarly, the #stopkony2012 movement that went viral seemingly overnight received an underwhelming response from the American public when it came time to take action.

With the media coverage of the Ebola epidemic continuing to focus on American safety, how will those in the midst of the outbreak receive the help they so desperately need?