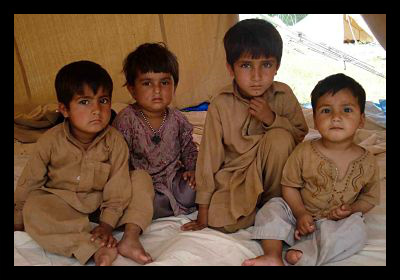 This year, 870 million people in the will face continual, day to day hunger. Ninety-eight percent of these hungry people live in developing countries, even though these countries are the ones producing much of the world’s food.

In October 2013, international humanitarian organization Concern Worldwide published a list of the 10 hungriest countries in the world, most of which were in Africa. The list includes Burundi, Eritrea, Comoros, Timor Leste, Sudan, Chad, the Yemen Republic, Ethiopia, Madagascar and Zambia. Patterns as to why these particular countries are hungry have strong historical correlations.

Here are five reasons why these countries are suffering from hunger.

Countries like Burundi and Chad are landlocked, and they struggle to connect with the coastal areas of Africa. Landlocked countries as a whole have poor transportation links to the coast, either by their own fault or through developmentally and infrastructurally challenged neighbors. Without access to the coast, it’s difficult to integrate with global markets. Thus, they are also cut off from global flows of knowledge, technology and innovation, and unable to benefit completely from trade. Often, the cost of transportation for importing and exporting raw materials is exorbitantly high. Burundi experiences 6 percent less economic growth than non-landlocked countries in Africa, and as many as 58 percent of Burundi‘s citizens are chronically malnourished.

In some countries, land is not being effectively used. In Eritrea, almost a quarter of the country’s productive land remains unused following the 1998-2000 Eritrean-Ethiopian war. The war displaced nearly 1 million Eritreans, leaving the country with a need for skilled agricultural workers, as well as plaguing the lands with mines. There is a lot of potentially fertile land in Africa, but the majority of farmers don’t have the technology or means to use the land to its full value. Because of these discrepancies, incomes remain low.

Countries with a low level of income, slow economic growth, and a dependence on commodity exports are prone to civil war – and most of the hungriest countries have experienced war and violence for decades. Once a cycle of violence and civil war begins in a country, it’s hard to break the pattern. Timor Leste is still paying for seeking independence from Indonesia, which damaged the country’s infrastructure. Sudan is slowly recovering from two civil wars and war in the Darfur region. Chad has had tensions between its northern and southern ethnic groups for years, which has contributed to its political and economic instability.

Sometimes, causes for hunger are unavoidable – like weather. The 2011 Horn of Africa drought left 4.5 million people in Ethiopia hungry, and since 85 percent of the population earns their income from agriculture, any drought has a detrimental impact on Ethiopians. As an island off the coast of Africa, Madagascar is especially prone to natural disasters like cyclones and flooding, and experienced its worst locust plague yet in 2013. Climate change is also viewed as a current and future cause of world hunger. Changing climatic patterns across the globe require changes in crops and farming practices that will not be easy to adjust to.

Finally, the presence of refugees in a country adds to the growing pressure on already limited resources. This is the case in Chad, which has over 400,000 refugees from Sudan and the Central African Republic due to political instability and ethnic violence in those countries. Ethiopia is also home to refugees, but because of a different reason – the country continues to welcome refugees from Sudan, South Sudan and Somalia after the Horn of Africa drought.

Effects of the Waste Problem in Haiti3 Things the U.S. Can Do to Reduce Global Poverty
Scroll to top