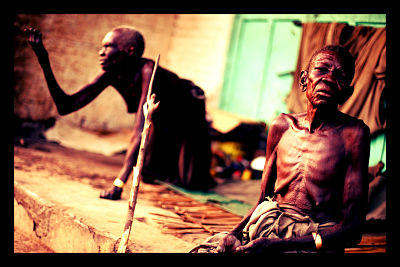 Poverty in Sudan is widespread and varies according to region, with ducxisting conflicts as well as economic and social inequalities contributing to the large number of impoverished people. Inequality in education and limited access to health care, clean water, sanitation, resources and income has also impacted poverty in the country, especially in North Sudan.

Although Sudan still ranks among the poorest countries in the world, it has also seen great economic progress. Since 1990, Sudan’s extreme poverty rate declined from 85 percent to 46 percent and continues to be on the decline today, according to the results from the Millennium Development Goals.

The reality, however, is that one out of two people living in Sudan is impacted by poverty; meaning, he or she does not have the means to buy food or the ability to properly care for him or herself. Results from the MDGs reveal that an estimated 15 million people all over Sudan are considered poor.

Causes of Poverty in Sudan

Currently in North Sudan, an estimated 44.8 percent of the population lives beneath poverty lines, with poverty rates higher in rural areas (55 percent) than in urban areas (28 percent). High unemployment rates (17 percent) as well as low employment opportunities contribute to the economic disparity found in many regions of Sudan.

Additionally, the expanding population along with climate change have affected the agricultural sector, which in turn impacts food security and the livelihoods of people living in Sudan. For rural populations, unreliable rainfall, low productivity and small landholdings are major contributors to poverty in the area. These factors have also impacted malnutrition and children who are underweight. One third or 32 percent of children who are under the age of five is underweight as a result of chronic malnutrition.

Areas that are considered to be most vulnerable to poverty are regions that have been affected by isolation. A large majority of settlements in Sudan exist far away from main urban cities and have limited access to social services. Additionally, isolated territories are harder to track in terms of poverty and progress. The amount of people living in poverty in isolated regions is not completely known and is difficult to estimate as well.

However, what is known, is that there is a substantial amount of people living in those territories that suffer from hunger and disease. The poorest areas that are largely impacted by isolation include Southern Sudan, Southern Darfur, White Nile and Blue Nile.

Although there are many factors contributing to poverty in Sudan, internal conflicts are further fueling the volatile state of the region. Sudan has had over 20 years of internal conflict that cost an estimated 1.5 million people their lives and devastated the population as a whole. The civil conflict emerged from social and political inequalities and a neglect of the rural regions. Unfair distribution of land and land reforms, as well as misguided resources for urban and rural developments, have caused conflicts in the country. Despite signing a peace treaty a few years ago, the country is still suffering from the devastation the conflict caused to its citizens.

However, overall, poverty in Sudan has been on the mend as reforms and aid targeted through the MDGs have helped improve poverty rates in the region.