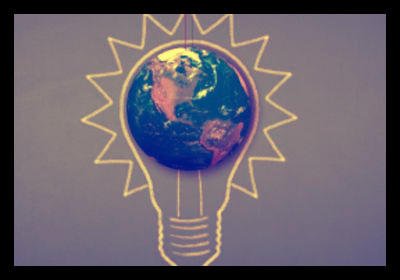 Although it is true that poverty affects the United States, people often fail to notice how poverty ties the U.S. to the rest of the globe. Here are 10 facts about global poverty that will help you gain a better understanding of the specifics, and also earn you an A on your school report:

1. Poverty Does Not Just Affect Adults

People often overlook the fact that poverty affects a wide array of age groups, including both adults and in many cases, teens and adolescents. Children under the age of 18 are actually 60% more likely to be poor than adults. There are 2.2 billion children in the world, and approximately one billion of those children are currently living in poverty. Furthermore, 48% of the population in developing countries is comprised of impoverished children under the age of 18. In industrialized nations, the percentage of children living in poverty is 21%. Of this large population, approximately nine million children ages 5 and under will die each year from starvation, malnourishment and the inability to survive on $1.25 or less per day.

2. Cutting Global Poverty Will Positively Affect the U.S. as Well

Poverty is slowly wearing away the fabric of the U.S. society. The less the U.S. does to support developing nations, the less support we will receive in the future. Moreover, the differences in income are a threat to the level of investment in the U.S., the level of security and the nation’s profits. By investing resources in poverty stricken countries, we are also investing money in the overall security of Americans. Less money will be needed to support military forces because there will be a severe drop in hostile threats and attacks by other countries.

3. Investing in Other Countries Will Increase the Employment Rate in the U.S.

Building strong economies in developing countries will not only protect the U.S., it will also grow new economic markets. There will be an increase in market consumers as well as a rise in jobs needed to support American exports. This is especially the case since one out of five jobs in the U.S. involves exportation to growing nations. A bigger need for exports means there is a greater request for employment.

By establishing a rich economy in other countries, the U.S. will also see a decline in overpopulation globally and domestically. Resources will become more immediate and people who were once unable to support their families medically will see a decrease in child mortality rates. It has been proven that countries with larger infant and child mortality rates also tend to be countries struggling with overpopulation.

5. A Lack of Education and Poverty Work Hand in Hand

6. Geography Relates to Poverty in the United States

Poverty takes on a geographical pattern in the U.S., with a significantly larger percentage of people living in poverty in the southern states than anywhere else in the U.S. In fact, 41% of those who live in poverty within the U.S. are located within the South; this is as opposed to 24% in the West, 19% in the Midwest and 16% in the Northeast.

7. Poverty Does Not Necessarily Cause Death

The cause of death within communities faced with extreme poverty is most often a lack of sanitation and clean drinking water. As it stands, clean drinking water and sanitary conditions can lower the likelihood of disease and illness and can also help keep communities hydrated; this lowers the risk of dehydration, which can jeopardize immune systems. A failing immune system and lack of sanitary conditions combined can cause very risky conditions for younger children and infants who are already susceptible to disease.

Living in poverty often makes it difficult to eat a well-balanced and nutritionally rich diet; foods that provide the necessary ingredients to form a nutrient full meal are usually hard to afford. As such, poor affordability of healthy foods can lead to diets that do not consist of fruits, vegetables, grains and especially meat. The lack of vitamins and minerals found in these foods can cause nutrient deficiencies, which can have a negative affect on mental and physical growth. Food insecurity, as it is called when someone does not know where his or her next meal will come from, is found to correlate directly with poor nutrition.

The U.S. annually spends $28 billion on assisting the world’s poor, but approximately $660 billion on the U.S. Military. This gap within the U.S. funding is a huge indicator of where the nation’s priorities lie. If one in 10 Americans donated their weekly coffee budget towards poverty reduction causes, it could end global poverty.

Poverty is a global issue, and in order for the U.S. to better its population internally it needs to form a positive relationship with other countries. Hopefully these 10 facts illuminate important factors that contribute to poverty and show ways to help eliminate poverty globally.