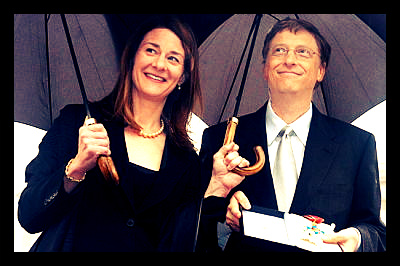 At the beginning of this year, there was a huge reaction to the 2014 Annual Gates Foundation letter as Bill Gates predicted the end of poverty by focusing on three myths about poverty. With that in mind, here is a look back at six end of poverty quotes from the foundation. Each quote demonstrates the hope and passion the Gates Foundation has in their mission to make the world a better place and demonstrates how tirelessly they will continue to work for the cause in the future.

1. In 2009, Gates states the observations he has made regarding the world’s economic crisis and his opinion about the wealth gap. In light of Oxfam’s recent report about the inequity between the rich and poor, it is clear that Gates believes the wealthy have a responsibility to help those who are less fortunate.

“I am impressed by individuals who continue to give generously even in these difficult times. I believe that the wealthy have a responsibility to invest in addressing inequity. This is especially true when the constraints on others are so great. Otherwise, we will come out of the economic downturn in a world that is even more unequal, with greater inequities in health and education. There is no reason to accept that, when we know how to make huge gains over the long term.”

2. In 2010, Gates highlights the importance of innovation as a way to help people out of poverty. He discusses the “bleak” outcomes that can be avoided when innovation becomes a priority and when people choose to believe in innovation as a solution.

“With vaccines, drugs and other improvements, health in poor countries will continue to get better, and people will choose to have smaller families. With better training, and access to markets, farmers in poor countries will be able to grow more food. The world will find clean ways to produce electricity at a lower cost, and more people will lift themselves out of poverty.”

3. In 2011, Gates made a compelling argument for the importance of foreign aid and the responsibility of society as a whole to take care of its people, as this will produce a more stable, healthier and better world. During the year, Gates focused on providing vaccines by working with pharmaceutical companies, like GAVI, who raised over $3 billion and saved millions of lives.

“I believe it is the rich world’s enlightened self-interest to continue investing in foreign aid. If societies can’t provide for people’s basic health, if they can’t feed and educate people, then their populations and problems will grow and the world will be a less stable place. Whether you believe it a moral imperative or in the rich world’s enlightened self-image, securing the conditions that will lead to a healthy, prosperous future for everyone is a goal I believe we all share.”

4. In 2012, Gates showed his dedication to helping the poor become self-sufficient, especially in terms of the foundation’s global development and global health programs.

“The world faces a clear choice. If we invest relatively modest amounts, many more poor farmers will be able to feed their families. If we don’t, one in seven people will continue living needlessly on the edge of starvation. My annual letter this year is an argument for making the choice to keep on helping extremely poor people build self-sufficiency.”

5. In 2013, Gates looked forward to the continued innovation and success in making the lives of the poor even better.

“The lives of the poorest have improved more rapidly in the last 15 years than ever before, yet I am optimistic that we will do even better in the next 15 years. After all, human knowledge is increasing.”

6. And finally in 2014, Gates calls all who want to join him in changing the world. He, furthermore, predicts that there will not be any more poor nations by 2035, the year that Gates will turn 80.

“We all have the chance to create a world where extreme poverty is the exception rather than the rule, and where all children have the same chance to thrive, no matter where they’re born. For those of us who believe in the value of every human life, there isn’t any more inspiring work under way in the world today.”