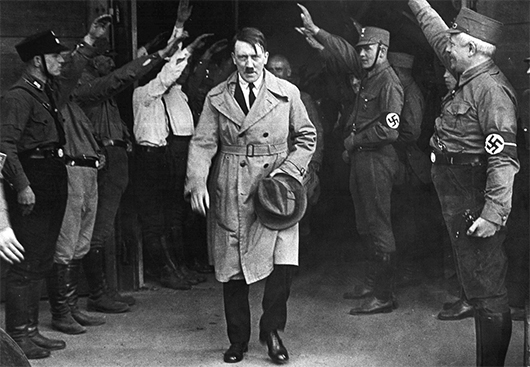 Here is a list of the top 10 cruelest dictators.

10. Vladimir Putin is the current president of Russia and has been in power since 1999. He spent four years as the Russian Prime Minister from 2008 to 2012, though most experts believe he was still calling the shots. Putin is a strong man who rules Russia with a fierce grip. His presidency has been lamented by human rights groups and Western governments. Putin maintains a terrible domestic civil rights policy, and viciously puts down political dissension and free speech. Moreover, under his command, Russia has engaged in military action in Georgia, Chechnya and most notably, Crimea, the invasion and annexation of which violated Ukrainian sovereignty.

9. Robert Mugabe is now in his seventh term of office as the President of Zimbabwe. Many political scientists and experts have cited massive electoral fraud and rigging in Mugabe’s favor during the 2013 election as the reasons behind his victory. According to both Amnesty International and Human Rights Watch, Mugabe’s government systematically violates the right to shelter, food, freedom of movement and political expression. In addition, Mugabe made all acts of homosexuality illegal in Zimbabwe.

8. Muammar Gaddafi was the self-proclaimed “Brotherly Leader and Guide of the Revolution” of Libya for more than 50 years. Gaddafi was, at first, a widely supported leader after he led the September Revolution in 1969. However, as he consolidated power, his regime became more authoritarian. His calls for Pan-Africanism were greatly overshadowed by his pitiful human rights record. During the Arab Spring, Gaddafi ordered his forces to fire on unarmed protesters calling for his resignation. The United Nations Human Rights Council called for an investigation into war crimes. Gaddafi was deposed and killed at the end of the Libyan Civil War.

7. Idi Amin’s paranoid administration was marred by rampant violence toward his political enemies. U.N. observers estimate that 100,000 to 500,000 were persecuted and killed in Uganda under his reign. Amin’s victims were originally his direct political opponents and those who supported the regime he fought to overtake. However, extrajudicial killings began to include academics, lawyers, foreign nationals and minority ethnic groups within the country.

6. Kim Jong Il continued his father’s fearsome policy of official party indoctrination. North Korea currently ranks as one of the poorest nations on the planet, with millions facing starvation, disease and lack of basic human needs. Under Kim’s reign, North Korean military spending quadrupled, yet he refused foreign aid and did not invest in his country’s farms, thereby indirectly killing millions. Kim’s policy of mass internment through the use of labor camps and virtually no political debate makes him one of history’s worst despots.

5. Pol Pot was the dictator of Cambodia for 20 years, from 1961 to 1983, as the leader of the Khmer Rouge government. His regime is characterized by the Cambodian genocide and the infamous “killing fields.” Pol Pot began a program of severe nationalization whereby he forced millions of people out of urban areas into the countryside to farm and work on forced labor projects. Due to the forced labor, poor food and medical conditions, as well as the addition of massive amounts of state-sponsored killings, nearly 25% of Cambodia’s population died under Pol Pot’s rule.

4. Bashar al-Assad is the current President of Syria. Assad’s authoritarian regime was called into question during the Arab Spring and was cited for numerous civil rights violations, including suppression of free speech, corruption and political freedom. Assad ordered massive crackdowns and thus triggered the ongoing Syrian Civil War. Government forces only grew more violent towards protesting Syrian citizens, and there have been allegations of chemical warfare. Assad has been accused of numerous human rights violations, war crimes and crimes against humanity.

3. Joseph Stalin was the second leader of the Soviet Union. Though part of the original seven Bolshevik leaders, Stalin quickly consolidated sole power and became a tyrant. In the 1930s, he pursued a policy of political upheaval known as “the Great Purge.” From 1930 to 1934, millions of Soviet citizens were imprisoned, exiled or killed. Stalin also pursued a policy of massive economic reforms that led to the deaths of millions due to famine and forced labor in Gulag camps.

2. Mao Zedong was the first Chairman of the Communist Party of China, and in terms of numbers of deaths during his reign, he tops the list. Nearly 70 million Chinese died during his rule. Mao systematically broke down ancient Chinese culture and nearly ended political dissent and freedom in China. His revolutionary economic policies during “the Great Leap Forward” resulted in one of the worst famines in modern history. In addition, Mao also implemented forced labor and public executions.

1. Adolf Hitler was the Führer of Nazi Germany from 1934 to 1945. Hitler tops the list because of his disturbingly systematic genocidal policies. 5.5 million Jews and other “unwanteds” were deliberately targeted and executed in sanctioned ghettos, work camps and extermination camps. Hitler’s foreign policy and unrelenting desire to give the German people “room to live” were the major causes of World War II. Hitler also put down political dissenters and enemies and banned art, film, literature and teaching methods not sanctioned by the state.