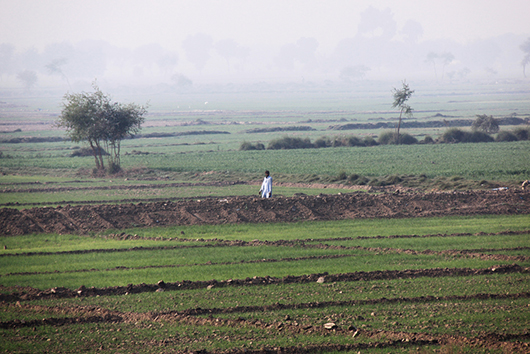 Amidst recent reports of a shrinking agricultural sector, Pakistani officials have initiated meetings with the United Nations Food and Agriculture Organization (FAO) in an attempt to create a long-term sustainable agricultural program. Over the past few years, the Pakistani landscape has been ravaged by a range of destructive climate forces varying from desertification to over-flooding. As a direct result of these factors, Pakistan’s overall economy has suffered, and it will continue to do so unless the U.N.’s FAO can help develop a new approach.

Agriculture is critical to the well-being of Pakistanis, as well as for Pakistan’s relevance on an international stage. The industry alone accounts for 40 percent of all Pakistani jobs, with agriculture comprising 25 percent of the nation’s GDP. With such a large contribution to the success of Pakistan, it would be expected that a large agricultural infrastructure would exist to satisfy the need for a quality agriculture division.

Pakistan has the fortune of being in an advantageous position to the Indus River, a powerful tool for thriving agriculture in that region, yet it fails to capitalize on this geographic asset. An excerpt from the Pakistan Times reads: “There are few regions in the world that have rivers like mighty Indus, but one could still find a vast desert and arid areas here. This has happened just due to the negligence of policymakers to modernize irrigation and agriculture.” Pakistan’s woes stem from an inability to adapt to new and future agricultural practices.

The partnership with the United Nations gives Pakistan an opportunity to learn and eventually cultivate proven agricultural techniques. The FAO’s representative for Pakistan, Patrick Evans, said this about assisting Pakistan: “We would like to bring in proven experiences of improved agriculture and irrigation practices and introduce climate-resilient crop varieties, which can sustain heat waves, floods, salinity and drought conditions, which are becoming frequent in Pakistan.” The issue in Pakistan lies with a refusal to move past ancient agricultural practices. For this country to succeed, it must accept outside assistance and focus on maximizing agricultural yield.