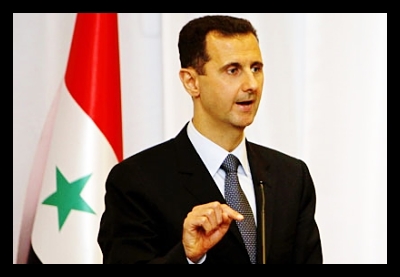 The worst dictators have a strange kind of fame. Many manage to escape widespread awareness until their regime turns irredeemably bloody or repressive. As a result of their bizarre behaviour and the extensive list of human rights violations committed under their rule, figures such as Idi Amin, Muammar Qaddafi and Kim Jong Il are now household names. Yet their notoriety grew at the end of their reigns, when their own people had revolted or their regime was nearing its final days. However, there are a number of dictators in the world in power today committing great crimes against their own people unchecked. Here are the top 5 worst dictators in the world.

In power since 1993, Afewerki has plunged Eritrea into a living nightmare for its residents. Starting out, as many do, as an idealistic young revolutionary, Afewerki was chosen as the country’s first president after its liberation from Ethiopia. Yet after gaining the position, Afewerki essentially cut off democracy, with the country operating under a one party system and no free press. Interceptions from cables paint a desperate picture of the nation, as seen in the excerpt: ”Young Eritreans are fleeing their country in droves, the economy appears to be in a death spiral, Eritrea’s prisons are overflowing, and the country’s unhinged dictator remains cruel and defiant.”

Though he has been in power during comparatively good economic times, Omar al-Bashir has led Sudan to becoming one of the bloodiest and most conflicted countries in the region. Bashir was at the helm of the country during Sudan’s horrific genocide, which saw upward of 300,000 deaths, largely at the hands of militant groups that were said to have government support. He has been accused by the International Criminal Court of crimes against humanity, genocide and war crimes. The unceasing violent conflicts that characterized his reign ultimately led to South Sudan’s secession from the state. The new territory, however, quickly entered into war with Sudan over oil disputes and into yet another bloody conflict.

Ruling since 1989, Karimov’s term was first extended, and then he was reinstated in a sham election which was discounted entirely by watchdogs, against a political opponent who publicly admitted he himself had voted for Karimov. There is little to no religious or press freedom, with universities told not to train students in the realm of public issues. Brutal torture is seen as routine in the Uzbek judicial system, with Human Rights Watch expressing repeated concern over the accepted practices in Uzbek prisons. Karimov is still to call for an investigation into the Andijan massacre, where hundreds of people were killed. He also made international headlines in 2002 after evidence emerged that he had boiled one of his prisoners to death. Repeatedly named as one of ‘Parade’ magazine’s worst dictators, international rights groups have had great difficulty in breaching Uzbekistan’s borders and little success in implementing reforms.

In a stunning display of irony, Syria’s blood-soaked dictator started his career in medicine and is a trained ophthalmologist. Inheriting power after his father and older brother died, Assad’s cruelty showed after the start of the Arab Spring. After a violent crackdown on not only rebels, but civilians, his government has no real way of restoring order and remaining in power, yet Assad stubbornly refuses to concede to any agreements. Many international leaders have called on Assad to recognize the reality of the Syrian rebellion and step down, with Britain even stating it would consider taking in Assad if it meant his departure from the state. Support from Iran and Russia, however, have strengthened the leader long enough to continue Syria’s endless and bloody war, with Assad himself showing no signs of remorse or weakening of resolve.

Thein Sein started on the right foot. His actions in opening up Myanmar garnered praise from Western leaders such as Barack Obama and Ban-Ki Moon and he was recently given a peace award from the International Crisis Group. This image sits uncomfortably with the Thein Sein of recent days. Having initially opened dialogue with Myanmar’s Aung Sang Suu Kyi, she was again recently threatened, as was a Democracy League operating in the country. He is also accused of blatantly ignoring a deepening crisis in his own country with the violent persecution of the Royingha Muslims. His actions in response to the crisis have attracted accusations of ethnic cleansing. In response, Thein Sein has recently spoken to the international press making clear that he is not afraid to use violence to maintain order, with the unsettling statement, “I will not hesitate to use force as a last resort to protect the lives and safeguard the property of the general public.”