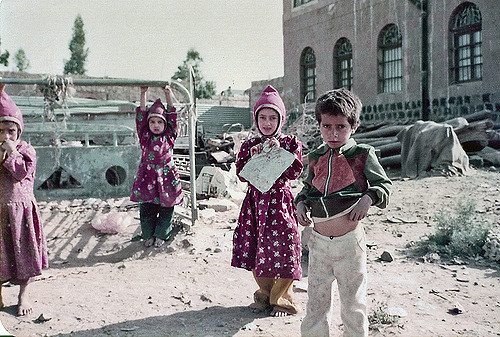 As of March 2015, the United Nations has confirmed that at least 2,369 children have been recruited as Yemen child soldiers. Some of these children are engaged in active combat.

Child recruits in the Middle East and North Africa have doubled within a year as of 2017. According to southern Yemeni officials, there may be as many as 6,000 child soldiers throughout the country and 20,000 are in need of war rehabilitation. The situation in Yemen has been called the world’s worst humanitarian crisis, with 18.8 million people needing aid and seven million going hungry.

The United Nations has argued that children and young people are receiving the worst of the conflict’s repercussions. The organization claims Houthis were responsible for 359 of 517 cases of Yemen child soldiers in 2016; 76 were recruited by government-backed groups like the Popular Resistance and the coalition. Others were recruited by Al Qaeda and its associated groups.

The Yemen conflict was set in motion in 2014 when the northern Shiite Muslim rebels, or the Houthis, allied themselves with the military and took over the Yemeni capital of Sana and other cities due to discontent with the government and president. In retaliation for the Houthis’ strike against the government, Saudi Arabia and other Arab nations became involved in the conflict.

Since 2015, Saudi airstrikes have been led in an attempt to restore President Abdrabbuh Mansour Hadi to power. The Houthis, backed by Iran, and the Saudis, backed by the U.S., U.K. and France, effectively tore the country apart with their fighting, splitting it between the north and the south.

In some ways, the destruction and conflict have forced families to view their children as valuable resources. The child soldiers’ pay of $55 every three months may be necessary to keep the family afloat, while female children are married off in exchange for a dowry. Furthermore, recruits are given a hot meal daily; 47 percent of Yemeni children suffer from stunting due to malnourishment.

The Houthis have promised monthly allowances of $80-120 to the families of child soldiers in the event that their children were to die. The group will print posters in memory of fallen Yemen child soldiers, as well.

Continuous violence and destroyed infrastructure puts civilians, and especially children, in a precarious situation.“With no end in sight to these conflicts and with families’ dwindling financial resources, many have no choice but to send their children to work or marry their daughters early,” UNICEF’s Regional Director Geert Cappelaere explained to The Guardian.

In 2014, the Yemeni government signed an action plan with the U.N. that contained a list of stipulations to ensure that there would be no more use of child soldiers. Unfortunately, progress on this front has been stalled due to the conflict and the issue of Yemen child soldiers has not yet been resolved.

Still, organizations like U.N. relief agencies continue to help where they can. “We remain committed to helping the people of Yemen. We have reached nearly six million people with clean water, distributed 3.7 million liters of fuel to public hospitals [and] treated more than 167,000 children for severe acute malnutrition,” U.N. leaders conveyed.