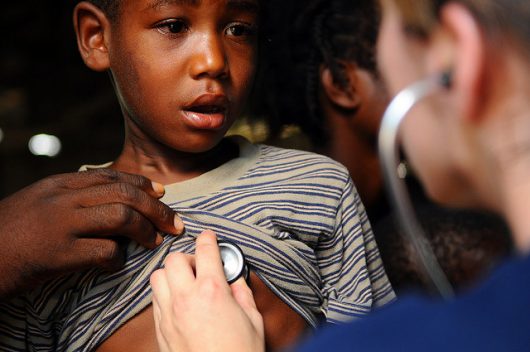 Giving, especially in the form of foreign aid, has shown to cultivate meaningful relationships among people and countries, some that lead to rewarding trading agreements amid other benefits. Recent history has particularly exhibited how foreign aid helps the U.S., which is a crucial consideration in the political dialogue surrounding the current foreign aid budget.

One valuable return the U.S. has received in its giving of foreign aid to other developing countries has been the increase in American jobs as well as trade. Foreign aid is much like an investment; it helps to forge the foundation needed for low-income countries to build up and become middle-income, sustainable states. Here are some examples:

Foreign aid helps the U.S. in preventing global epidemics that could otherwise be much worse. While assisting developing countries with their challenges in health, the U.S. also does its duty to minimize any possible health issues and diseases from traveling overseas or across borders to the U.S. There has been a great number of such instances, such as:

One of the non-negotiable benefits the U.S. reaps from its giving of foreign aid to developing countries is an improvement in national security. To prevent a third world war, the U.S. created what is now the modern development assistance program to avoid further instability in Europe.

Stability in developing countries is key in preventing future political issues from unfolding. The U.S. has defense agreements with 131 out of the 135 countries that it provides foreign aid to.

The importance of international aid lies in economic benefits, such as trading proliferations, as much as health and national security. As evidenced above, it is clear that there is truth in the fact that foreign aid helps the U.S. just as much as it helps other nations.

Better Farming: How to Support Farmers in Developing Countries Yemen Child Soldiers Are in Dire Need of Assistance
Scroll to top