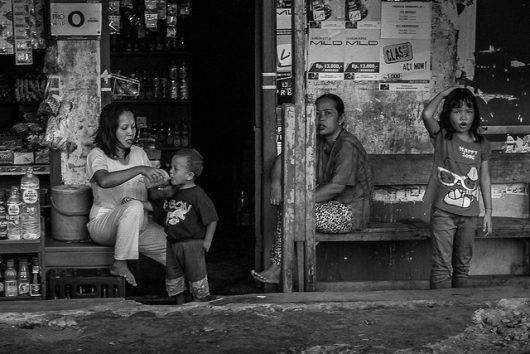 Regardless of its title—alms, gifts, handouts, welfare, aid—the true meaning of social safety nets is not universally accepted in the developing world. As a useful form of poverty reduction, there are several purported reasons as to why “charity” is regarded as wasteful spending. One is the belief that social assistance programs diminish incentives to work and create dependency on the program’s benefits into the foreseeable future.

The Issues with Social Safety Nets in Asia

The myth of “crutch economies” being the bane of current work ethic and the cause of further, more established and resilient poverty, appears to be losing its already slippery empirical footing. Recent studies conducted by the World Bank in countries such as Mexico, Indonesia and the Philippines have found no evidence that workers who receive assistance go on to work less. Instead, social safety nets routinely form a stable barrier for further slides into economic degradation in developing countries.

In lieu of more conventional welfare programs, the region has relied instead on more customary and time-tested economic assistance programs. A mix of ample growth, a youthful population and a devoted and helping family has filled the void of official government social safety nets in Asia.

While an admirable economic support system, there are more modern social safety net programs that do not become victim to the “crutch economy” fears. A unique pension plan in Mexico is disproving both the myth of diminishing work ethic and future drags on the economy due to dependency.

The Older Adults Program in Mexico

Pension plans provide better well-being later in life, as they allow people to project their current earnings into the future. But the regency of informal labor in developing countries has made large-scale worker contribution plans rather toothless in practice. Instead, Latin American countries are trying a pension program that targets age and income and does not rely on the contributions of workers. This form of social security could encourage Asian countries to provide a more substantial safety net at home.

Removing the fear of falling into abject poverty, or burdening close relatives once workers are removed from the labor market, is the goal of the Older Adults Program (OAP) in Mexico. The OAP is a noncontributory universal pension system for elderly Mexicans living in small towns. Initiated in 2007, the program took only four years to cover 2.1 million elderly people in 76,000 communities in Mexico. A recent study of the OAP by the International Development Bank (IDB) helps dispel the myth of crutch economies.

One concern of social safety nets in Asia is that they instill a sense of complacency in the younger population. Expecting to receive future income from the program’s benefits, the pension warps the savings and work ethic of the younger generations. The IDB’s study, however, found no evidence of such dependence. These “anticipation effects” that are widely feared and cited by critics of social safety nets were not backed up with any empirical findings. Negative labor supply effects of working age citizens was not a side effect of the pension plan for the elderly.

Work ethic among the elderly was not negatively affected either. Although beneficiaries working for pay in the official labor force dropped, this was more than compensated for by the rise in informal, unpaid family business employment. Rather than sapping their willingness to work, the pension program transferred those efforts to where families deemed most urgent.

The Coming of Age in Asia

But despite the lack of spending, there is hope that social safety nets in Asia will soon grow in usage and acceptance. This is already the case in Indonesia and the Philippines, even if they are outliers in the region.

In Indonesia, the payments from the Family Hope Program provide benefits to those in the bottom 10 percent of income distribution. Benefits are available to households with a pregnant mother or a child between the ages of zero to 18. Assistance focuses on promoting education and health of the family. The cash payments are made only if beneficiary households keep children enrolled in school and respond to health issues by taking children to clinics.

As promising as the Family Hope Program is, other countries in Asia have yet to adequately address welfare programs relative to other regions of the world. A fear of diminishing labor supply motivation and perpetual dependency on benefits should not deter the acceptance and administration of social safety nets.

Other than evidence-based research, there is one persuasive reason for adopting more widespread social safety nets in Asia: human kindness. Harry Truman, commenting in 1946, said, “The word ‘charity’ has regained its old, true meaning—that of goodwill toward one’s fellowman; of brotherhood, of mutual help, of love.” Until that is realized, the world will have to rely on empirical arguments to persuade decision makers that social safety nets are necessary.