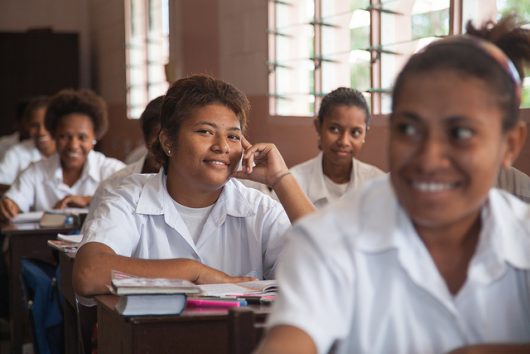 Achieving gender equality is a common challenge for developing nations. This is certainly the case in Papua New Guinea, where a majority of women and girls are victims of violence. Authorities in Papua New Guinea have historically turned a blind eye to violence against women. However, countless organizations are working to make women’s empowerment in Papua New Guinea a reality.

In 2013, Papua New Guinea passed the Family Protection Act to protect women and children against domestic violence. Unfortunately, the parameters of the act are rarely upheld due to a largely corrupt police force. Authorities often charge illegitimate fees before acting, which most women cannot afford. Corruption makes women’s rights difficult to protect at the government level, so aid organizations and NGOs have had to step in.

The U.N. Development Programme (UNDP) has many goals, including bettering the treatment of women and children in the developing world. Government involvement by women is discouraged in Papua New Guinea, but since the UNDP’s intervention, three women have been elected to Papua New Guinea’s parliament. Twenty women have been elected to serve in local government positions, finally giving women a political voice.

By creating a vendors’ association and a mobile bill-paying system, the Safe City Program is making markets safer for women. Dark public toilets were once areas of rampant sexual violence, but the Safe City Program has remodeled outdoor markets to be more organized and have better lighting in order to discourage violence. In new, safer markets, women have the opportunity to pursue economic empowerment.

Papua New Guinean women created and run Meri Toksave, an organization seeking gender equality in their country. Meri Toksave means “information for women” in Tok Pisin, the language spoken throughout Papua New Guinea. The goal of this group is just that: provide women with the knowledge to achieve women’s empowerment in Papua New Guinea. In 2014, Meri Toksave created the “Directory of Emergency Services for Those Affected by Family and Sexual Violence,” which was distributed across the entire country.

While nationwide discrimination often stifles the fight for women’s rights, gender equality in Papua New Guinea is possible and necessary. Through the efforts of local women and with the help of aid organizations, women’s empowerment in Papua New Guinea is taking shape. Women are serving in government positions and safely seeking economic betterment in larger numbers than ever before, and hopefully even larger numbers in years to come.