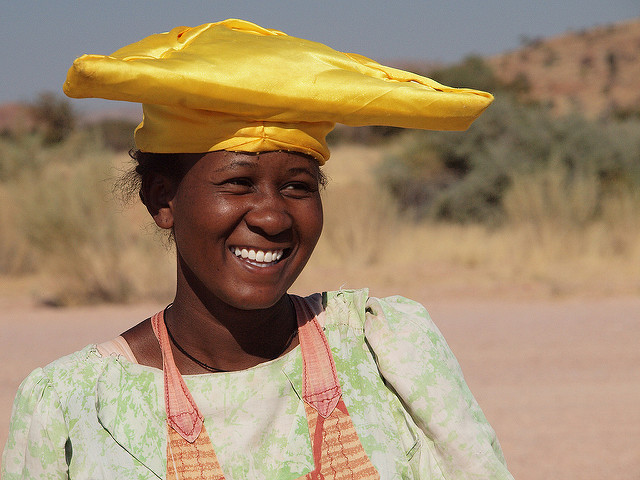 Several law reforms were made in Namibia, post its independence in 1990, like abolishing discrimination on basis of gender, the Married Persons Equality Act granting equality to women in marriage, the Combating of Rape Act that outlaws marital rape, the Combating of Domestic Violence Act and the Maintenance Act.

To achieve women’s empowerment in Namibia, the Co-operatives Act was adopted which requires a substantial number of women to form cooperatives. The Employment Act, Communal Land Reforms Act and the Labour Act all favor women’s participation in the economic sphere. In addition, the government introduced the Build Together Programme to help single mothers. However, reforms in the area of reproductive rights for women have been slow and abortion is still illegal.

Notable gains have been made in increasing women’s representation in the national assembly up to 46 percent thanks to the South West Africa People’s Organization’s (SWAPO) “zebra list” system. The system indicates that if a minister is a woman then the deputy minister must be a man and vice versa. Another ambitious part of this system, for women’s empowerment in Namibia, is that the roles be switched in successive elections so that if a man is appointed president in one term then a woman should be appointed for the following.

In addition, Namibia is a signatory to the Convention on the Elimination of All Forms of Discrimination Against Women (CEDAW), the Beijing Platform for Action (1995), the CEDAW optional protocol (2000) and the SADC Declaration on Gender and Development (2005).

Yet, high levels of inequalities exist that can be seen in women’s economic dependency, in the high levels of violence against women and children and in the feminization of HIV and AIDS. The path to women’s empowerment in Namibia is still a long way off. Legal Equality has not transformed into structural equality. Women remain at the lowest level of employment and struggle with practical impediments that limit their economic independence and self-sufficiency.

Women’s access to land is also limited, in spite of the absence of legal barriers, due to continuing discriminatory practices and limited implementation and awareness of existing laws and rights.

For women’s empowerment in Namibia to become a reality, serious changes have to be made in society. UNICEF has recommended the following: