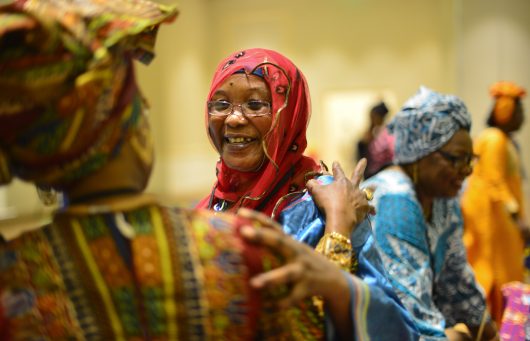 The World Bank and the Competitiveness Industries and Innovation Program (CIIP) aim to strengthen women’s empowerment in Mauritania through the country’s leading industry: fishing. Women constitute 30 percent of the workforce within the fishing sector, and therefore participate in the growth of the country’s economy, as the industry contributes 25 percent of public revenue and up to 5 percent of Mauritania’s GDP.

However, in the northern city of Nouadhibou, women face a lack of access to capital and land, thus being driven to work in the fishing industry out of economic necessity. Despite their contributions to the economy, women in Mauritania work in poor conditions. They often have no choice other than to sell their goods outside of the fisheries market, isolated from the saturated Nouadhibou market. As a result of selling their products in smaller markets, women are forced to sell their products at lower prices and will attract only a few buyers.

To avoid a drop in women working in the fishing industry, the Nouadhibou Eco-Seafood Cluster Project was created in March 2016 by the World Bank and the CIIP. The project will strengthen Nouadhibou’s port infrastructure while expanding its onshore fish processing activities, in order to develop a seafood cluster within the region. Targeted training will also be part of the project, reinforcing women’s skills in fishing and helping them grow their businesses and to generate value.

The innovative Personal Initiative (PI) Training is one such project, with the goal of building entrepreneurial success within the community by introducing women entrepreneurs to new products and services.

All these initiatives offer hope for women’s empowerment in Mauritania as they help women develop the entrepreneurship skills they need to become financially and economically stable. In addition to supporting women’s empowerment in Mauritania, these projects have also significantly addressed two urgent development challenges, poverty and unemployment.