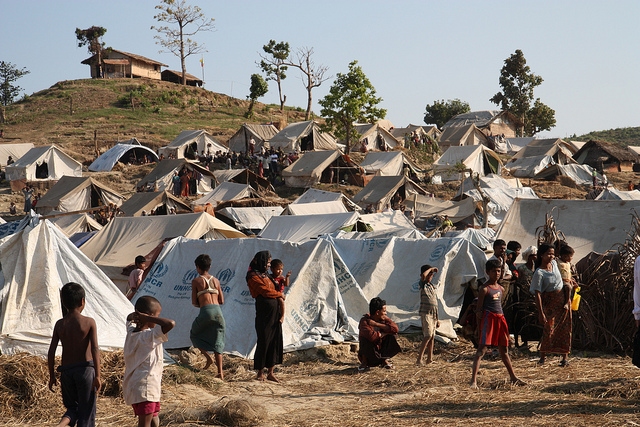 With the end of 2017 approaching, Congress is working on appropriations bills for the year 2018 that will determine where and how much money will be spent on government programs. Science, research and providing foreign aid in 2018 are among some of the things these bills will impact.

In September 2017, the Senate Appropriations Committee approved $51 billion for foreign aid, the State Department and other related programs for 2018. This bill will also provide more than $6 billion for humanitarian assistance.

The issue of providing foreign aid has received bipartisan support in Congress, with both Democrats and Republicans going against President Trump’s proposed cuts to foreign assistance programs. The $6 billion approval for humanitarian assistance is approximately $1 billion more than the president requested.

The U.S. Secretary of State, Rex Tillerson, is one of President Trump’s main voices of support. Tillerson believes that the budget is “historically high” and that it has grown to provide foreign aid and respond to conflicts abroad.

President Trump’s proposed 30 percent budget cut to USAID, the State Department, U.N. contributions and programs like Power Africa and the Peace Corps has also received criticism from Democrats and Republicans alike. Republican Senator Lindsey Graham of South Carolina voiced his support of providing aid by saying, “Now is the time to double down on diplomacy and development.”

Furthermore, the bill proposed by the Senate Appropriations Committee will resume its $10 million funding for the U.N. Environment Programme, counteracting President Trump’s proposal to end it.

“Frankly, I consider the President’s budget request to be dead on its arrival here in the U.S. Senate,” said Sen. Chris Coons of Delaware. “The aid we provide to countries around the world directly advances U.S. national interests by fostering a safer and more stable world, opening markets to U.S. businesses and promoting American values.”

In addition to being a member of the Senate Foreign Relations Committee and the Appropriations Subcommittee, Senator Coons serves as a co-chair of the Congressional Caucus of Effective Foreign Assistance alongside Senator Johnny Isakson (R-GA), Representative Adam Smith (D-WA) and Representative Ted Yoho (R-FL).

Zimbabwe is one of many countries that relies on the United States providing foreign aid. The $150 million in aid provided by the U.S. yearly is used to help with hunger and climate change programs. With a population of 2.1 million people, the foreign aid provided to Zimbabwe has resulted in the creation of the ENSURE program. ENSURE has helped six districts dealing with famine and has provided proper irrigation systems for over 220 hectares serving 4,200 farmers.