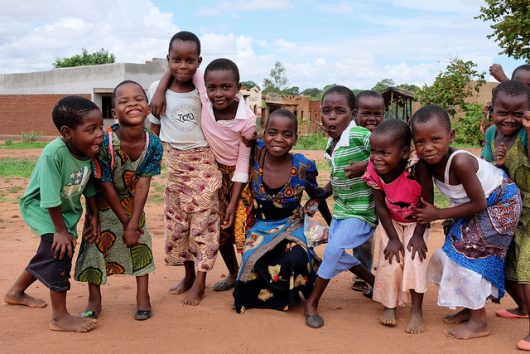 The need for developing education in Malawi is continual. For example, in 2010, around 10 percent of primary aged children were not in school, and the primary school repetition rate reported in at 24 percent for boys and 29 percent for girls.

Girls in Malawi are exceptionally more vulnerable to a lack of education than boys. In fact, 32 percent of girls aged 14 to 17 are not in school compared to 23 percent of boys this age. Additionally, while 72 percent of boys 15 and older are literate, only 51 percent of women in this age group can read and write.

Part of this gap is caused by the high child marriage rate in Malawi, which is 11th highest in the world. UNICEF reports that approximately 50 percent of Malawian girls marry before they turn 18. Fortunately, this year the Malawian government moved to make marriage legal only after a woman is 18 years old.

Marshall Dyson, founder of the Girl Child Education Movement, is one of many Malawians who recognizes the need for resolution of the educational gender disparity. Dyson’s idea incorporated broadcasting an open discussion of child marriage and girls’ education over the radio. Both men and women of a variety of ages and backgrounds participated in the talk.

The discussion about girls’ education in Malawi broadcasted over Radio Islam, the only Islamic radio station in Malawi. Dyson strategically chose this platform since Muslims rested at risk of discrimination.

Dyson got his start in radio via an internship with Kumakomo Community Radio Station in Zimbabwe. There he served as the content manager of 12 volunteers.

The impact of this position is especially significant, considering that radio acts as the main source of news for most Malawians. According to USAID, the two-hour broadcast “was a collaboration across the YALI and Mandela Washington Fellows networks, and with Regional Leadership Center participants — young leaders between 18 and 35 enrolled in USAID-supported leadership training programs in sub-Saharan Africa.” Around three million people tuned in.

USAID states that “the Muslim Association of Malawi, who attended the event, agreed to open new offices in rural areas where communities can access up-to-date information about education and scholarship opportunities for girls.”

Education in Malawi still has much room for improvement, and humanitarians like Marshall Dyson act as major catalysts in that process. Through work such as his, Malawi is destined to achieve higher standards of education than ever before.