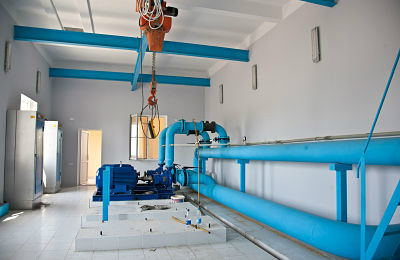 Energy-rich Azerbaijan has recently begun to provide its citizens with reliable access to gas and electricity. However, the government is lagging on one key front: potable water. A large percentage, if not a majority, of Azerbaijan’s 8.2 million citizens lacks easy access to drinkable water. Water quality in Azerbaijan is thus a major issue.

Several factors have transformed Azerbaijan into a country where there is dynamic progress in all regions. Successful implementation of public programs and further improvement of infrastructure have all had a positive impact. Incoming modern enterprises have also been a boon to Azerbaijan’s economy. Unfortunately, these improvements come at the expense of environmental sustainability and water quality.

Groundwater pollution from oil spillage and leakage from pipeline and storage tanks results in petroleum, heavy metals and possibly radiation contamination spoiling the water in Azerbaijan. Furthermore, runoff from heavy usage of fertilizers and pesticides, as well as factory waste dumped into rivers, has heavily polluted the water. Finally, the salinity of the water table due to sea water intrusion, rusted water pipes and obsolete and broken equipment in water treatment plants has further reduced the water quality.

Azerbaijan has the reputation of being an environmental disaster zone. Many scientists consider Absheron Peninsula, where 50 percent of Azerbaijanis live, to be the most ecologically devastated area in the world due to severe air, water and soil pollution. Decades of pollution have created medical concerns. Poor water quality in Azerbaijan can facilitate the transmission of bacterial diseases such as cholera and hepatitis. Additionally, traces of heavy metals in the water lead to health complications such as cancer.

The country’s government is motivated and has made efforts to improve the environmental situation in the country. Ten years ago, the centralized water supply system in Baku, the capital, covered only 1.56 million people. Now, 2.366 million people have access. The volume of water usage has also increased. In the last ten years, the volume of water supplied from various sources in Baku and the Absheron Peninsula increased by 23 percent, the U.N. reports. As a result of various projects between 2011 and 2013, 600,000 more people have gained access to an uninterrupted water supply.

The Ministry of Ecology and Natural Resources also installs modular sewage treatment plants in villages along rivers. More than 200 villages see the benefits of these projects. In the future, it might be possible to acquire drinking water from the Caspian Sea.

Despite these obstacles, Baku’s new water pipeline and the government’s interest in expanding regional water purification facilities suggest that there is a desire to bring about positive change with the water quality in Azerbaijan.