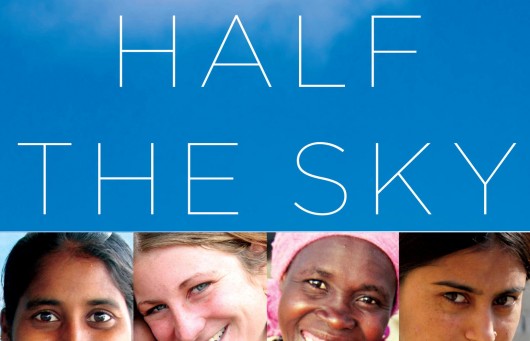 Reading a book like Half the Sky illuminates how unfair our world is. Though women make up about half of the world’s population, they are consistently discriminated against, overlooked and are in some cases, treated as second class citizens.

It is not surprising that the authors of Half the Sky, Nicholas D. Kristof and Sheryl WuDonn, are award winning writers for their work in raising awareness about the reality most women face in their countries in relation to discrimination.

Written as a series of essays, this book has two parts. The first part of the essay highlights the oppression and discrimination against women especially in developing countries and how this problem is often overlooked due to corruption, lack of strong justice systems and the patriarchal state of these nations.

The second part focuses on practical ways to create this “movement and effect the change needed” to address these situations.

From the beginning to the end of this enlightening book, it is obvious that the writers are very knowledgeable on their topic of discussion and their work shows extensive research in different areas of discrimination within different locations in developing countries.

From discussing issues such as women being promised work and ending up in sexual slavery and imprisonment, to illuminating health issues within developing countries such as women and girls ending up with fistulas after birth, women dying from HIV and AIDS, women and girls going through female genital mutilation as well as being overlooked in terms of getting an education, this book paints a sad reality of women’s lives in the developing world.

The most fascinating point that arises in the book is the fact that culture is the main catalyst for the way women are treated in their societies. In our dynamic world, culture in the developing countries seems unchangeable, especially in relation to its negative aspects. Another surprising fact in the book is the idea that older women in some of these societies are perpetrators of discrimination towards other younger women in the society.

Here, this is quite a deviation from what the “West” has portrayed in development; the idea that men are the main perpetrators of women’s oppression.

Half the Sky not only raises awareness about the injustices women faces but it also advocates for women to fight for their rights by speaking up and resisting the discrimination they face. Though the book points out a few strong and relentless women like Usha Narayane, Sunitha and Krishna who do exactly this and fight for justice, it highlights that most women in the developing world are vulnerable and are unable to get access to their rights.

Half the Sky is the voice of the vulnerable, uneducated and oppressed women in the developing world.