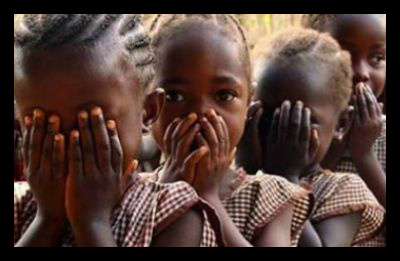 The practice of FGM is internationally seen as a violation of human rights for women and young girls because it emulates the inequality between genders and represents extreme discrimination against women. On top of this, the following rights are also violated: the right to security, physical integrity, health, freedom from torture and from inhumane treatment–especially when the procedure can result in death.

There are four general classifications of FGM: clitoridectomy, excision, infibulation and an “other” category. Clitoridectomy entails the removal of part of or the entire clitoris and is one of the most common types. Excision is where they remove part of or the entire clitoris and labia minora, and this can be with or without cutting the labia majora. Infibulation includes the reduction of the vaginal opening by cutting and repositioning the labia majora to make a covering, with or without removing the clitoris. The “other” category classifies any other harmful procedures to a woman’s reproductive organs in a non-medical way.

FGM is in no way beneficial to a woman’s health, and in fact, it is harmful in several ways. Short-term effects include hemorrhage, severe pain, tetanus and urine retention. Long-term effects include cysts, recurrent urinary tract and bladder infections, infertility, childbirth complications and newborn deaths. This kind of procedure is mostly done to newborns or girls around 15 years of age that are going through puberty. Today, over 125 million women and girls in the Middle East and Northern Africa have been circumcised. By 2030, it is estimated that a further 86 million young women around the world will experience this procedure as well.

Many officials at UNICEF disagree with the practice of FGM and state it is not necessary in Islamic countries. They say it is a very old practice, traced back to the Egyptian pharaohs, and that the Koran says how humans were created in the perfect way, so changing them is not justified by religion.

Fahma Mohamed, a 17-year-old student that leads the Guardian’s campaign to end FGM, has acquired over 212,000 signatures in her petition against the issue. She has even gotten recognition from the United Nations Secretary General, Ban Ki-moon, who has made it a priority to end FGM because of how it threatens the empowerment of women.

There have been progressive signs in the worldwide campaign to end the practice of female genital mutilation with multiple countries like Kenya, Uganda and Guinea-Bissau adopting laws against it. The girls themselves understand the risks of being circumcised, and mothers who have dealt with the ordeal are fighting more and more to protect their daughters from the same fate. Schools can be directed to address the issue so that the people in these countries can learn about the issue and how to shield their young women from it.

What Can the U.S. Learn From Foreign Education System?Top 5 Most Viral Humanitarians
Scroll to top