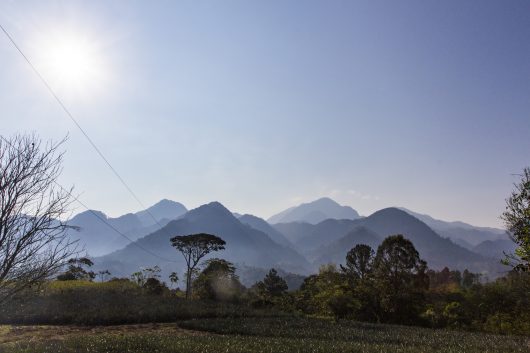 In the wake of continuous violence in Honduras, authorities remain negligent in capturing the assailants or even investigating the attacks against land rights activists.

Honduras’ landscape, rich in natural capital, has been exploited for years. Resources of interest include raw land, timber from rainforests and minerals like zinc, copper and lead. While wealth is abundant, it is not evenly distributed.

This is particularly unsettling given the already rampant wealth inequality prevalent within the nation. Among the population of about 8.1 million, 62.8% live on an income of less than $2.50 per day.

The primary obstacle facing poverty reduction and sustainable development within the small Central American nation is the excessive violence. Violence in Honduras has remained a serious and urgent problem for years. In 2011, the nation was dubbed the Murder Capital of the World by the U.N. Office on Drugs and Crimes. While the rate decreased from 82 homicides for every 1,000 people in 2011 to 67 homicides among the same sample size only three years later, Honduras remains one of the most dangerous nations in the world.

With the growth of the mining, energy and agribusiness industries, violence in Honduras has taken a turn to target land rights activists and local communities that refuse to abandon their land.

There have been a reported 123 activist murders since the 2009 military overthrow. Recently, the anti-corruption NGO, Global Witness, has investigated the violence in Honduras and implicated a number of high-profile Honduran politicians and business people in the murders.

Global Witness states that the government has begun to crack down on families refusing to hand over their land for mining, logging, energy use and commercial development. In addition, authorities have failed to take action against the wave of non-gang related violence in Honduras.

Occasionally, the perpetrator of the attack will be taken into custody, but will rarely be indicted and will almost never lead to pursuit of the individuals ordering the attacks.

Under the Obama administration, the United States committed $98.3 million in bilateral aid directly to Honduras, as well as another $750 million in regional development funds through the ‘Alliance for Prosperity Plan.’

Half of the direct funding is contingent upon the Honduran government’s accountability for meeting human rights standards, which include the permittance of activists to engage without conflict and denunciation of the violence in Honduras.

There is an evident lack, thus far, of the Honduran government’s ability to meet this condition and advocate on behalf of its citizens’ rights. This is troubling given the history of non-targeted violence in Honduras, and can only venture to hurt the nation’s prospects of future development.