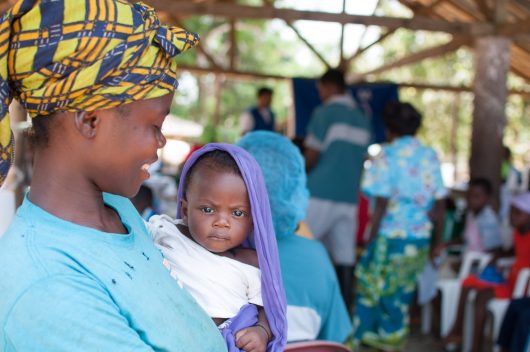 Cancer affects the lives of children all over the world, but it is estimated that up to 90% of children with cancer live in developing countries. In low-income countries where access to healthcare is limited, childhood cancer survival rates are as low as 10 to 20%. Although HIV/AIDS infections amongst children remain a critical health priority in sub-Saharan Africa, cancer is emerging as one of the major causes of childhood death on the African continent. Treatment of childhood cancer in Africa is of growing concern.

Cancer in Africa is problematic to treat because it remains a largely unknown disease within communities and most patients reach out to doctors when it is too late. Advocacy and creating public awareness are thus key points to tackling childhood cancers.

Due to the lack of equipped healthcare facilities, the diagnosis of cancer often takes place too late or healthcare facilities lack the equipment and training to even treat it. In 2016, more than 20 African countries did not have any facilities with a working radiotherapy machine — the most common form of cancer treatment. A survey by the Atomic Energy Agency found that there are only a few hundred radiotherapy machines on the continent of more than a billion people. The majority of these machines are in just a few countries: South Africa, Egypt, Morocco, Tunisia, Nigeria and Algeria. In most African countries, cancer is a death sentence.

The Baylor College of Medicine and Texas Children’s Hospital, with additional funding from the Bristol-Myers Squibb Foundation, recently unveiled an initiative to address these issues called Global HOPE (Hematology-Oncology Pediatric Excellence). The plan includes the creation of a network of pediatric cancer care facilities in southern and east Africa in partnership with local governments. The first center will be built in Botswana. They will also train health care providers in Botswana, Malawi, Uganda and other African countries to detect and treat childhood cancers. They expect that this will create a blueprint for childhood cancer care that other countries can follow.

Childhood cancer in Africa, like most noncommunicable diseases on the continent, is of growing concern. These diseases are however increasingly garnering the attention needed to address them in the coming years.