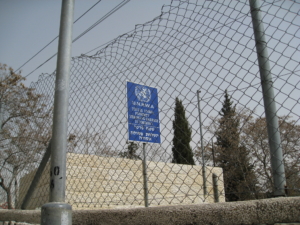 The United Nations Relief and Works Agency (UNRWA) was specifically created to help Palestinian refugees after the 1948 Israeli-Arab war. The Palestinian refugee problem has only grown since its formation, so the U.N. has allowed the agency to continue operating.

The United States pulled its funding from UNRWA in 2018. President Trump cited the reason behind the defunding as the agency’s incompetency. The United States had previously been contributing about $355,000 million of UNWRA’s budget.

The United States’ decision affected refugees who rely on UNRWA’s aid for education, health care, protection and basic human needs like food security. In 2017, reports determined that 39% of Palestinian refugees lived in poverty, and very little effort has occurred to assimilate Palestinians into host communities.

Palestine, Israel and the international community, in general, see the United States’ choice as an effort to delegitimize UNRWA and the 5.6 billion Palestinian refugees it serves. Revoking these generations of Palestinians’ refugee status would take away their right to return to their homeland.

In 2020, the U.N. extended UNRWA’s mandate to the year 2023. However, UNRWA is still struggling financially. Not only did it appeal to the international community to donate a minimum of $1.4 billion for the yearly budget, but it requested another $14 million for COVID-19 emergency aid.

The UNRWA reported that it can only sustain operations until May 2020 with the added health crisis that COVID-19 brought on. It has only raised one-third of its budget. UNRWA’s director stated that the UNRWA must run on a “month to month basis” enduring the biggest financial instability since its creation.

The United States made the suggestion to transition the UNRWA’s responsibilities into the hands of the Arab countries that host Palestinian refugees. However, these nations are struggling to fill their own funding gap. Arab countries are suffering from high poverty rates and an influx of refugees from the ongoing conflict in Syria.

UNRWA has also sought the help of NGOs, such as Islamic Relief USA, to fill the funding gap. This is a faith-based organization that works to raise funds and mobilize volunteers for a range of initiatives including UNRWA. It has been helping Palestinian refugees since 1994. Islamic Relief USA has served 1,077,000 people from 2017 to 2019.

The United States government might have cut off funding to UNRWA as a result of flaws within the agency. It might have hoped to delegitimize the Palestinian right of return. Either way, Palestine’s impoverished people need UNRWA’s support. If UNRWA is not successful in gaining new donors, they will lose their access to education, health care and other necessary securities that are human rights.