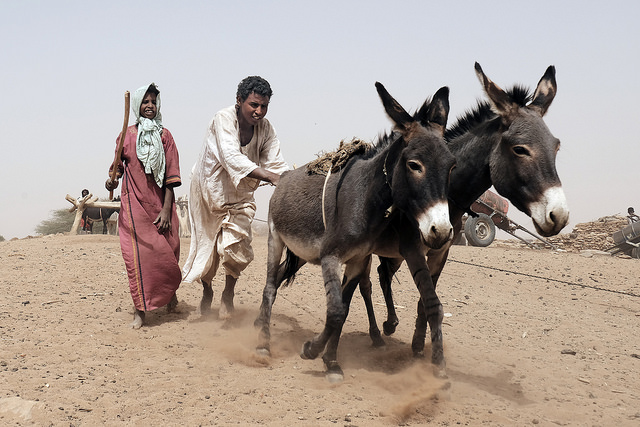 Sudan, a country in North Africa, is one of the poorest countries in the world and has significantly relied on foreign aid over the years for its development. In fact, the country is still coping with challenges that are the consequences of political instability, economic shocks and recurrent environmental hazards, such as droughts and floods, which have resulted in 4.8 million people needing humanitarian assistance.

Many people still die from hunger and diseases, and there are nearly 2.1 million internally displaced persons (IDPs) in Darfur, 230,000 IDPs in the government-controlled parts of South Kordofan and the Blue Nile states, and 545,000 IDPs residing in locations that are not under government control. Due to this ongoing emergency situation in the country, it is not difficult to understand why the U.S. and other nations should give foreign aid to Sudan. However, in many ways, the U.S. benefits from foreign aid to Sudan as well.

Diplomatic relations between the U.S. and Sudan can be traced back to 1956 after the latter had gained independence from joint administration by Egypt and the United Kingdom. However, the nations severed diplomatic ties a few times before the U.S. Embassy was finally reopened in 2002, and has been ever since. Sudan still faces several disputes that threaten its political stability.

For instance, Sudan and South Sudan still have unresolved disputes regarding border demarcation and the status of the Abyei region. Foreign aid to countries like Sudan not only covers basic necessities such as food and shelter, but can also help maintain peace through the promotion of effective reconciliations and investments in youth. As a powerful nation, the U.S. benefits from foreign aid to Sudan because providing assistance will contribute towards a healthy and peaceful Sudan, which, in the long run, also helps the U.S.

How Conflict in Sudan Can Affect the U.S.

Conflicts, even seemingly minor ones far away from the U.S., can nonetheless affect everyone everywhere. Minor disputes could escalate into global crises, resulting in terrorist acts all over the world. Acts of terrorism affect everyone and threaten world peace. Hence, as a superpower nation, the U.S. benefits from foreign aid to Sudan that can contribute to bringing peace to the country.

Additionally, the U.S. benefits from foreign aid to Sudan because, in one year, violence and conflict cost the global economy $13.6 trillion, which is equivalent to 13.3 percent of the gross world product and 11 times the amount spent on foreign direct investment.

Moreover, providing basic necessities to the most vulnerable people could also help avoid further conflict in the region, as numerous studies have found a link between poverty and acts of violence. Poverty and political instability can fuel acts of violence among vulnerable groups of people, who become desperate enough to take any measures in order to escape their conditions.

The Work Being Done to Promote U.S. Benefits from Foreign Aid to Sudan

USAID/OFDA is “addressing the acute and protracted needs of conflict-affected populations in Sudan by prioritizing integrated activities in health, nutrition and water, sanitation and hygiene.” Such continued assistance can be life-saving for many. It could also help keep people from turning to dangerous outlets like violence in order to meet basic necessities.

In short, U.S. benefits from foreign aid to Sudan because it promotes peace not only in Sudan but also in the U.S., since violence in one area can affect the entire world.