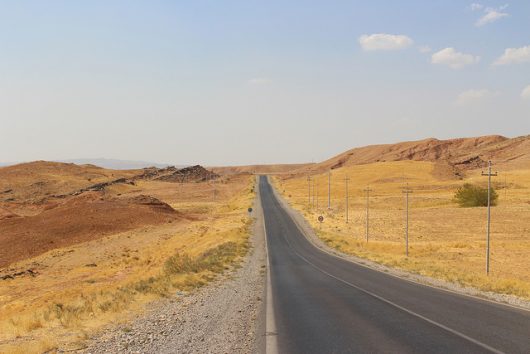 Iraq is located in a volatile region, with war-torn Syria to its west, daily military incursions by Turkish warplanes from the north and covert funding of proxy militias from eastern neighbor Iran. It has undergone dramatic changes in its modern history, most notably the removal of dictator Saddam Hussein by U.S.-led forces in 2003 and the recent crackdown against the Islamic State. The prolonged state of civil war has devastated Iraqi infrastructure.

In a recent conference held in Kuwait, international donors pledged $30 billion, which falls short of the $88 billion required by the Iraqi government. U.S. Secretary of State Rex Tillerson stressed that “the war on terrorism can be affected by instability in the Gulf.” The current Iraqi regime walks a fine line of stability, brokering a power-sharing deal among its population. The U.S. benefits from foreign aid to Iraq are momentous, but wholly dependent on a stable and united Iraq.

Stability of the U.S. Dollar

Although the U.S. imports most of its oil from Canada and Latin America, its economic interest is still affected by activities in the Middle East. The U.S. dollar is not backed by gold, meaning that it lacks intrinsic value. However, if European or Asian nations purchase oil from Middle Eastern nations, the only acceptable currency is the U.S. dollar. The constant demand for the U.S. dollar ensures its status as the global reserve currency. Thus, its value largely comes from oil.

Likewise, the U.S. dollar is viewed by oil-rich nations like Iraq, Kuwait and Saudi Arabia as being reliable and accepted everywhere. The current Iraqi government, which accepts U.S. dollars, has safeguarded the continuance of petrodollars; this is one of the many U.S. benefits from foreign aid to Iraq.

The Security of NATO

A stable Iraq is one of many U.S. benefits from foreign aid to Iraq. The prospect of Iraq breaking up into ethno-religious microstates has kept Turkey, a NATO ally, on edge. Turkish forces have been battling armed Kurdish groups for decades, such as the Kurdistan Workers’ Party, which has been designated as a terrorist organization by the U.S. and the EU. Washington, Ankara and Baghdad have reached an agreement to establish safe zones along their borders. This is to ensure the protection and accommodation of civilians who have been displaced by armed conflicts.

Opening up Iraqi oil to the international market requires international investors building the necessary plants and infrastructure to drill and extract oil. The Iraqi government granted licenses to American-owned multinational oil companies to explore and extract Iraqi oil, including BP, ExxonMobil and Shell. These three companies employ a combined total of 200,000 Americans.

A Reliable Ally Representing Both the Sunni and Shia Sects

Iraq is unique when it comes to its demographics, as it is populated by Shia Arabs, Sunni Arabs and Kurds. The Iraqi forces have proven to be an effective fighting force against the Islamic State. Backed by U.S. air cover, its ground forces have recaptured major cities from the militants. This denied the militants any safe haven to roam freely and plot attacks against the U.S. and its allies next door, such as Jordan, Turkey, Kuwait and Saudi Arabia.

The exercise of soft powers, such as when the Trump administration removed Iraq from the controversial travel ban, has improved the image of the U.S. among Iraq’s population. Friendly relations between Washington and Iraq’s diverse population encouraged moderate voices in the region to voice their pro-U.S. stance as a result of foreign aid to Iraq from the United States. Continued support will ensure that the U.S benefits from foreign aid to Iraq by maintaining an important ally in a key region of the world.