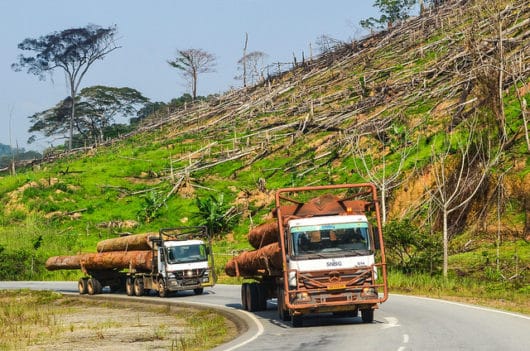 As the United States faces potential cuts to its foreign aid budget, it is important to recognize that the relationship between the United States and any country receiving aid is not a one-way transaction. The benefits reaped by both countries outweigh any costs. The many ways the U.S. benefits from foreign aid to Gabon is one such example. With a diplomatic friendship stretching back 58 years, the U.S. assists Gabon with funds that power humanitarian programs. These programs fight poverty, human trafficking and disease in Gabon. In return, the U.S. has gained a stable trading partner and international ally.

The Partnership Between the U.S. and Gabon

When Gabon gained independence from France in 1960, U.S.-Gabon relations grew quickly. During the cold war era, Gabon was an ally of the West and has always sought to remain close with U.S. leaders, no matter who occupies the Oval Office. Gabon’s large oil reserves have received investments from U.S. presidential administrations, starting with Nixon and going all the way to the Obama administration. Gabon’s oil industry has been key to the development of strong trade partnerships with the U.S.

As reported in 2018, the U.S. had been importing about 30,000 barrels of crude oil from Gabon daily.  However, it isn’t all about oil; Gabon is ranked 134 as the U.S.’ largest goods trading partner. In 2016, there was a total of $192 million in goods traded. The U.S. exported a total of $89 million in goods to Gabon, and in return, imported $199 million in Gabonese products, clearly showing that the trading benefits alone outweigh any foreign aid costs.

The main products being imported from Gabon include mineral fuels, wood products and rubber while the U.S. mainly exports poultry products, beef products, cotton and sweeteners. While there is a certain amount of trade occurring between both nations, the number of goods being exchanged could be improved substantially by an increase in the amount of aid that Gabon is receiving from America. As more trading occurs as a result of Gabon’s ongoing development, the more the U.S. benefits from foreign aid to Gabon.

The two countries also cooperate to spearhead conservation efforts that seek to protect the country’s rainforest from deforestation and poaching. As a central African nation, Gabon part of the second largest rainforest in the world: the Congo Basin. The Congo Basin’s many natural resources provide food and shelter to more than 60 million of its inhabitants. Land in this area creates many viable, renewable products that have long reinforced a strong trading partnership with the U.S.

The United States Agency for International Development, (USAID), has employed an initiative called the Central Africa Regional Program for the Environment (CARPE) in Gabon and six other nations in the Congo Basin: the Central African Republic, Cameroon, Equatorial Guinea, Democratic Republic of Congo, and the Republic of the Congo.

The program seeks to bolster conservation efforts in these six countries as they battle poaching and deforestation while, at the same time, trying to improve responsible land management in the Congo Basin. CARPE works with communities and governments and nonprofits in these central African nations to speed up the transition from developing states to financially and politically secure democracies. It provides funding to ensure that the region’s rich, biodiverse habitat is preserved and that the transition from developing nation to developed nation is accompanied by low emissions and environmentally conscious economic strategies.

Looking to the future, it is clear that the relationship between the U.S. and Gabon is beneficial for both countries. The ways that the U.S. benefits from foreign aid to Gabon will only be strengthened as Gabon continues to develop, bolstered by USAID through programs such as CARPE. The 58-year relationship between the two countries serves as an example of the mutually beneficial results of foreign aid.