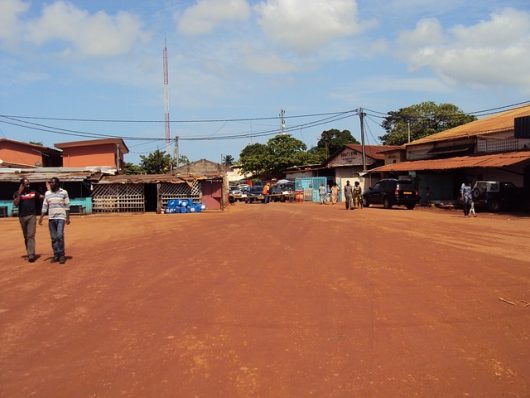 On a continent where a number of countries struggle with the issue of hunger, the western African nation of Gabon has proven to be a relatively optimistic case. Hunger in Gabon has gone down in absolute terms over the past decade.

In general, western Sub-Saharan Africa has improved its hunger situation in recent years. The prevalence of undernourishment in the region has been reduced from 24.2 percent in 1992 to 9.6 percent in 2016. In Gabon alone, the proportion of undernourished people went from 9.5 percent to 2.7 percent between 1992 and 2016. For Gabon, one of the most notable gains has been the wellbeing of children. Prevalence of growth stunting in children has dropped from 26.7 to 17.5 percent and the under five mortality rate has decreased from 9.1 to 5.1 percent in the span of 1992 to 2016. A big part of this improvement in western Africa has been the developments in infrastructure in the region. This has led to increased agricultural productivity.

Another reason for the decrease in hunger, including hunger in Gabon, is the increased cooperation between western African states. Several organizations have sprung up, including the Economic Community of West African States, the West African Monetary and Economic Union, and the Permanent Interstate Committee for Drought Control in the Sahel. Additionally, the region has adopted the Comprehensive Africa Agriculture Development Program, which, among other things, aims to right gender imbalances, promote nutrition and encourage investment in agriculture.

There are still some factors that may be perpetuating hunger in Gabon. According to the Hunger Reduction Commitment Index Africa, Gabon lacks access to agricultural research, functioning social protection systems and equal access for women to agricultural land. Gabon also lacks a constitutional right to food. However, access to land was rated as “moderate,” which is an improvement.

Overall, hunger in Gabon still persists. However, the country is making strides in the right direction. If it continues to cooperate with its neighboring states and expand the access of its people – especially in the rural zones – to the resources they need, it will continue down the path to ending hunger.