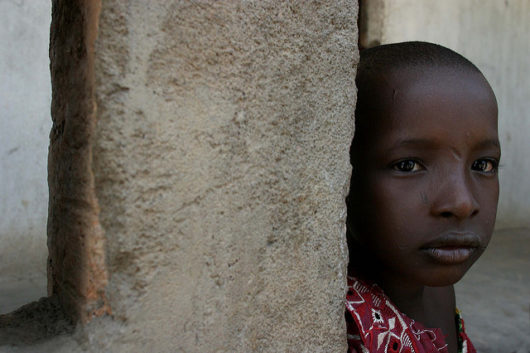 Onchocerciasis, more commonly known as river blindness, is a skin and eye disease transmitted to people by infected blackflies. The infection is classified as a Neglected Tropical Disease (NTD) due to its prevalence and intensity. The World Health Organization reports that river blindness is the “world’s second leading infectious cause of blindness.” This process prevents adults and children from participating fully in everyday life, thus perpetuating the cycle of poverty. Fortunately, the African Programme for Onchocerciasis Control has shown tremendous success in eliminating river blindness in Senegal.

Of all the people infected, 90 percent live in African Regions, particularly around fertile river valleys. In these areas around 50 percent of men over the age of 40 have been blinded because of the disease. There have been around 37 million people affected by onchocerciasis. Although the numbers remain high, they illustrate a tremendous improvement in reducing river blindness. Some countries have even been able to eliminate the disease.

World Food Programme reports Senegal as having “persistently high poverty rates” typically around 75 percent of people living in chronic poverty. Additionally, 17 percent of people living in rural areas are food insecure. With high poverty rates often comes vulnerability to disease often due to a lack of resources and access to healthcare facilities.

Much of the success in eliminating river blindness in Senegal is accredited to the African Programme for Onchocerciasis Control. In 1995, the African Programme for Onchocerciasis Control (APOC) was launched to control onchocerciasis outbreaks throughout endemic countries in Africa. With funding from the World Bank’s Trust Fund mechanism, APOC was able to allocate money in accordance with each country’s unique needs. As of 2007, APOC had spent $112 million over 12 years of operations, which is relatively low.

In 2010, a total of 75.8 million people of APOC participating countries had received treatment. Projections show that by 2020, APOC will have eliminated river blindness in 12 countries. The program is unique in that it establishes a platform for community involvement. Rural communities feel a sense of empowerment at being able to take control of the situations and help the people in their community.

The African Programme for Onchocerciasis Control uses resources readily available in the participating communities, particularly citizen volunteers who conduct most of the local healthcare. Getting to rural areas is incredibly difficult due to terrain, so the implementation of mobile units was found to be ineffective. Often higher risk communities needed a response quicker than what the mobile units could execute, which is where having local volunteers is so vital.

Volunteers are locally elected and trained by professionals in APOC. Their main goals are to collect and administer the ivermectin tablets, the main medicine for treating river blindness. WHO advises a yearly dose for around 10-15 years.  Within their communities, they track and detect signs of infections. In cases were treatments require more care, volunteers are expected to help their patients get to the nearest health facility. In this process, the communities gain a sense of empowerment and engagement by being involved in solving their own health and development.

By 2006, 11 years after the program’s initial launch, APOC was able to treat 46.2 million people. By 2015, the number more than doubled to 114 million people. World Health Organization reports that in 2014, more than 112 million people were treated for onchocerciasis within 22 countries in Africa- representing 65 percent of global coverage.

World Health Organization has made plans to model the efforts of APOC. The involvement of the community in the process of medicinal distribution proved revolutionary in eliminating the presence of river blindness in Senegal. Additionally, to meet the Millennium Development Goal number one, poverty alleviation, WHO’s Strategic and Technical Advisory Group for Neglected Tropical Diseases has created a guide for further eliminating river blindness throughout Africa. Most of these goals will be reviewed in 2020.

Progress is happening. APOC was able to accomplish the seemingly impossible task of almost eliminating the presence of river blindness in Senegal. Projects will continue to be successful if they use techniques like monthly treatments and the incorporation of the people in local communities to continue in the fight against neglected tropical diseases.

The Poverty Behind Venezuela’s Soaring Crime RateU.S. Benefits From Foreign Aid to Gabon
Scroll to top