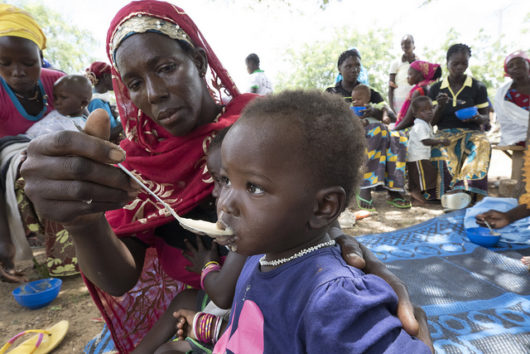 The history of Western Africa country of Burkina Faso is layered with various conflicts and complicated cultural conduits. The desperation and vulnerability accompanying the Sahel region, a region in Africa between the Sahara to the north and the Sudanian Savanna to the south, and the food crisis in the region have affected much of the surrounding area, jeopardizing education, jobs and food security. Being in the middle of the crisis, the people of Burkina Faso have suffered immensely. With developmental assistance and diversification of agricultural exports, the crisis will gradually lessen and the economy will strengthen. In the article below, the top 10 facts about hunger in Burkina Faso are presented.

Diversification of the agricultural force in Burkina Faso will help strengthen the market and shift the focus from stalling cotton crops toward the production of different products. Projects promoting greater production and technological advances in agricultural work towards lifting the extremely impoverished out of this cycle. Greater exports and modernization of the industry will contribute to less hunger and a more balanced economy that can alleviate food inflation. Humanitarian aid has made a difference, as these top 10 facts about hunger in Burkina Faso show, but millions of people are still in need of food security and medical assistance for acute malnutrition.