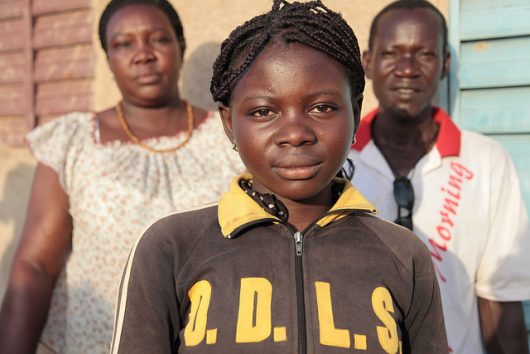 The small landlocked nation of Burkina Faso, in West Africa, is one of the poorest nations in both the continent and the globe. The United Nations consistently names it the third poorest country in the world. Burkina Faso has few natural resources, and thus relies primarily on the export of its two cash crops: cotton and gold. The nation’s industrial base is very weak, and almost 90 percent of the population works in subsistence farming.The weakness of the economy translates to a feeble

The weakness of the economy translates to a feeble healthcare system. There are an estimated 0.05 physicians per 1,000 people, along with high poverty rates and malnutrition: one in four children under five is underweight. This combination of factors leaves the nation’s population extremely vulnerable and at a very high risk of contracting and spreading infectious diseases. This is especially evidenced by the life expectancy in the nation — 59 years— which is 12 years below the world average of 71. Following is a list of five of the most common diseases in Burkina Faso:

Sub-Saharan Africa is already a region of the world especially prone to high poverty, hunger, and disease. Burkina Faso, amongst nations of the area, is one of the worst affected: it has an especially weak economy and a lack of natural resources. If there is a country that evinces the need for aid and help from the international community, Burkina Faso is it.