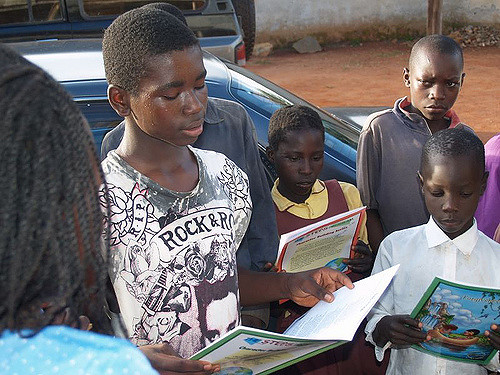 Uganda is a landlocked country located in East Africa that currently holds a relatively stable political environment and a steadily developing economy; however, before this hard-earned progress, the country had to endure several coups and a seemingly formidable military dictatorship following its independence from Great Britain in 1962. One of the most well-known dictators of that era was Idi Amin Dada, who took the drastic action of expelling all Asians in the nation in the 1980s. In addition, Uganda has a vast political history marked by longstanding effects of continuous instability which includes more than four coups since the nation’s independence.

The article below illuminates the top 10 facts about child soldiers in Uganda and displays how this population interacts with the nation’s historical emergence.

The LRA seems to be a shadow of what it used to be after being pushed out of the country following a major expedition in the mid-2000s. Governmental and nongovernmental international forces — such as the U.S. — played important roles in creating global awareness of the destruction and inhumane methods of the group. However, Kony and some army members remain elusive and are reported to roam untraced around fragile nations in central Africa.

While efforts to catch the leading forces of this group and bring them to justice remains significant, the rehabilitation and reintegration of those individuals who endured traumas at the hands of the LRA is a pressing issue that requires all hands on deck.