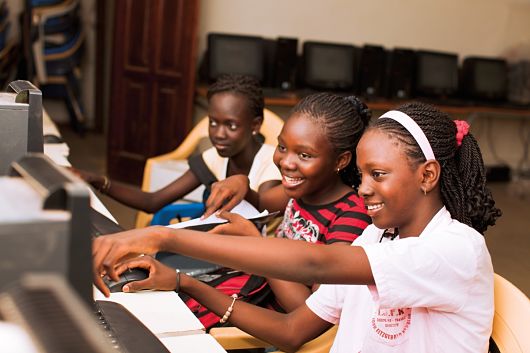 There are 63 million secondary school-aged children around the world who are unable to attend school. In West and Central Africa, this number amounts to 40 percent of their youth population. In India, 16 million children of lower and secondary school age do not receive an education. The School Fund works with investors to provide resources and funds to developing regions to help children in need.

On average, an individual’s wage increases 15 to 25 percent for each additional year of schooling he or she receives. Girls and young women who receive an education are far less likely to become a child bride and typically grow up to be healthier and more educated about sex. Women who receive an education are more prone to have healthier children and smaller families. Education can also help girls grow up to become leaders in their communities.

The School Fund operates its services by first helping investors find students to support. This process is determined by selecting a student based on their country, gender, academic interests or fundraising deadlines. The second step helps the investors decide how much to donate, and step three allows the donators to stay in touch with the students they have helped in order to see how they are contributing the funds to their education.

The School Fund has been able to provide scholarships to over 1,100 students in Africa, Asia and Latin America, totaling over US$400,000 in funds used for tuition, uniforms, materials, exam fees and food. Students have been funded by over 3,500 donors, representing more than 1,500 years of education.

The organization was founded by Matt Severson and Andrew Perrault in 2009. Having been friends for many years and sharing interests in both traveling and development, the pair traveled to Tanzania in 2007 while still in high school. While there, they were both touched by how friendly and thoughtful the residents were. Even though many of them lived in poverty, they were still willing to share with the two of them.

During his travels, Matt Severson met a young boy named John Medo. Medo came from a family of seven who lived on US$45 a month. John Medo was intelligent — he had aced all of the exams necessary for secondary school, but his family could not afford the US$150 fee for tuition. When Severson met Medo, he was working to become a farmer. Matt Severson was inspired by John Medo’s kindness and decided to provide funds for his schooling. This marked the beginning of The School Fund.