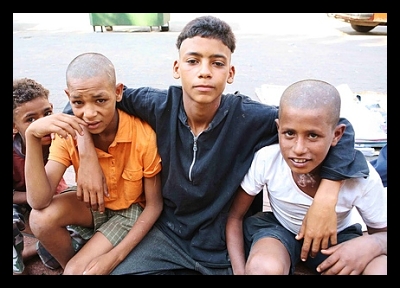 The health concerns of undernutrition are evident. But a study conducted by the Cabinet’s Information and Decision Support Center (IDSC) and the UN World Food Program (WFP), the African Union Commission, and the UN Economic Commission for Africa (UNECA) has highlighted the economic consequences of the condition. The study incorporated data from 2009 provided by the Central Agency for Public Mobilization and Statistics (CAPMAD), the Ministry of Health, and the Ministry of Education in Egypt to delve into the less obvious penalties of child undernutrition.

The results of the study were published in a report titled “The Cost of Hunger in Africa: the Social and Economic Impact of Child Undernutrition in Egypt”. The report concluded that Egypt has lost an estimated 20.3 billion pounds in 2009, or $3.7 billion, as a result of child undernutrition.

Stunting, a condition of slowed or stopped growth in height, and chronic malnutrition were found to be the primary drivers behind Egypt’s undernutrition-based economic losses. Stunting occurs when children are not supplied the necessary proteins, vitamins and minerals from conception through age five. The condition affects 40 percent of Egypt’s population. Stunted individuals are prone to poor adult health, impaired academic performance, and premature death.

The costs are incurred as a result of mounting healthcare expenses and burdens placed on the education and labor systems. In rural Egypt, where the majority of people work manual labor, it is estimated that the decreased productivity caused by the lowered physical ability of adults who had been stunted as children resulted in a $10.7 billion loss in 2009. Healthcare costs equaled $1.2 billion in economic productivity lost.

31% of Egypt’s population is under the age of 15, which places the necessity for adequate child nutrition at a top priority; to thrive tomorrow, Egypt needs to address these threats today by achieving food security. Without discovering ways to prevent child undernutrition, the costs Egypt incurs could increase 32% by 2025. The IDSC plans to disclose the study’s findings and recommendations to decision-makers in an effort to reverse this downward trend.

Egypt is not the first country to conduct the Cost of Hunger in Africa study. Uganda has already carried out their own study, and the 10 more countries following suit will be Botswana, Cameroon, Burkina Faso, Malawi, Mauritania, Ethiopia, Ghana, Kenya, Rwanda, and Swaziland.

5 Ways to End FamineGlobal Warming and Poverty
Scroll to top