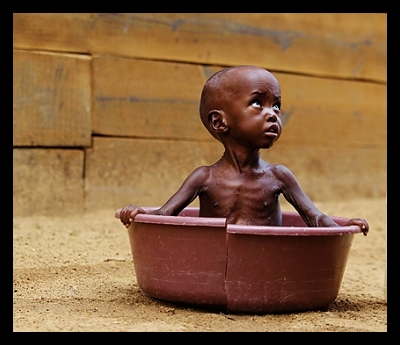 According to the UN, famine occurs when there is “a severe lack of food access for a large population” that causes more than 30 percent of the population to suffer from malnutrition and two people per 10,000 people to die each day. Though many organizations attempt to solve famine crises with emergency resources alone, these resources address the immediate causes of famine instead of the underlying factors that prolong and exacerbate it. Listed below are five ways to end famine that go beyond emergency relief to offer long-term solutions.

Harvard economist Amartya Sen remarked that “No famine has ever taken place in the history of the world in a functioning democracy.” While no country is immune to natural catastrophes that hinder agriculture, countries with stable democracies can better combat the conditions that lead to famine. People can promote democratization by stressing the importance of foreign aid and development assistance to legislators. Democracy may not fill stomachs, but it does help to manage the resources needed to do so.

2. Send funds instead of food.

Amartya Sen also pointed out that a “shortage of purchasing power” rather than a shortage of food itself causes famines. Though emergency food and water supplies can sustain populations during severe famines, such resources do not prevent future famines. By sending funds instead of food, donor countries can avoid procedural delays and ensure that starving people can afford the food they need to survive.

Organizations such as the UN’s World Food Programme (WFP) provide smallholder farmers with the opportunity to sell their crops to reliable buyers, providing them with steady capital. The WFP also teaches farmers sustainable practices that increase the value of their crops and boost national food security over time. Connecting farmers to markets directly reduces poverty and gives farmers the income necessary to purchase their own food.

While women produce roughly half of the world’s food supply, they are often the first to go hungry in a household. Educating women lowers rates of unplanned pregnancy significantly, decreasing the average number of children a woman must feed and reducing poverty.

The aforementioned strategies can solve the structural problems that lead to famine, but resources are needed to implement these strategies. Ordinary people can help to end famine simply by spreading awareness and contacting their friends, families, and legislators. Such awareness can put pressure on legislators to implement programs that combat famine.

Does Poverty Affect the Brain?The Cost of Hunger in Egypt
Scroll to top