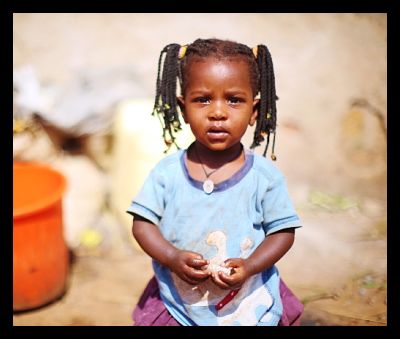 Poverty in Uganda remains a pressing issue. About 67 percent of Ugandans are either poor or highly vulnerable to poverty according to the 2012 expenditure review for Uganda by the Directorate of Social Protection in the gender ministry.

Top Facts on Poverty in Uganda

Based on an analysis of the 1989-90 Household Budget Survey, the poverty assessment for Uganda was divided along two lines. The first category of poverty was defined by a level that represented the spending needed for a daily consumption of 2,200 calories in addition to some non-food spending. Ugandans falling below this line were categorized as “poor.” The second level of poverty was set at a line that represented the bare minimum for adequate food intake. Those who fell below even that line were labeled the “poorest.” According to these definitions, 55 percent of Ugandans are considered poor. The rest of that 67 percent of at-risk or poor Ugandans fall somewhere in the core “poorest” category.

Ninety-two percent of the poor live in rural areas even though 89 percent of the population is actually classified as rural. Not only is poverty more widespread in rural areas, it is also more severe. Thus, poverty-related indicators – including household size, dependency ratio and illiteracy – are higher for rural Uganda.

Because of poverty in Uganda, life expectancy for men and women is one of the lowest in the world at an average of 59 years. AIDS has become a key contributor to death and illness amongst young children, consistently driving the infant and child mortality rate higher. Malaria has been found to be the primary killer among adults admitted to hospitals. Additionally, diarrhea, pneumonia and anemia are almost as prevalent as AIDS as reported causes of death. With a per-capita income of under $170, Uganda is regarded as one of the most impoverished countries in the world. These grim facts are a testament of the destruction brought about by the political turmoil and economic decline characteristics of over ten years of despotic leadership.

Uganda’s small revenue has made it extremely difficult to directly target its impoverished human capital. Nevertheless, social protection mechanisms are central to uplifting the poor and allowing them to achieve full productivity potential. Recognizing this, the government has attempted to re-prioritize its expenditures in favor of the social sectors and rural infrastructure. Some newer areas of focus include government development of family planning programs and promotion of literacy and education. Yet, development of social indicators is still lagging, particularly for rural women who work longer hours than men.

Despite the seemingly enormous magnitude of poverty in Uganda, some economic progress has occurred in recent years. For example, the government has implemented a far-reaching economic reform agenda that has transformed Uganda into one of the most liberal economies of Sub-Saharan Africa. This entails the liberalization of the exchange and trade regime, the endorsement of a new investment code and the liberalization of the agricultural market. With these factors in play, the government is readying the way for future economic growth. In fact, aggregate real per capital GDP actually grew substantially between 1987 and 1991 whereas previously it had been in steady decline.

It is true that the economic situation in Uganda  still seems bleak and poverty remains rampant. Yet, as indicated by past examples, economic reform coupled with increased focus on social affairs can bring increased hope for the poor of Uganda.