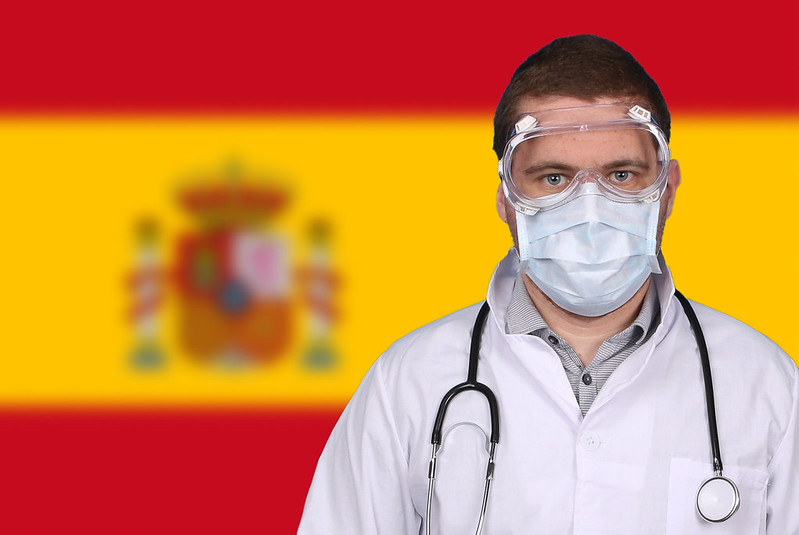 Spain is a beautiful country with exquisite landscapes and a rich culture. This country is known for its delicious, elaborate dishes such as paella. Healthcare is usually not the first thing that comes to mind when typically thinking about Spain but it definitely should be. Spain is world-renowned for its amazing healthcare coverage and for the way the Spanish citizens are usually able to stay healthy throughout their life.

5 Facts About Healthcare in Spain

Spain is a country that is home to beautiful landscapes, exquisite cuisine, wonderful people and an amazing healthcare system! It truly earns its spot as one of the best healthcare systems in the world. Spain is a great place to live if someone is looking for a free healthcare system that fully covers all aspects of the medical field.

Many challenges come with being one of the poorest countries in the world. In Somalia, a country located on the Horn of Africa, garnering a quality healthcare system for everyone is a major struggle. With a population of over 12 million, the people of Somalia have one of the lowest life expectancies in the world. Grappling through years of civil war and natural disasters, it has been difficult to overcome widespread disease, malnutrition and an overall lack of healthcare resources. Thankfully, organizations have noticed the absence of a healthcare system and many efforts are going towards improving healthcare in Somalia.

According to the United Nations Development Program (UNDP), 58% of Somalis are without healthcare. Recognizing this issue, the UNDP set the goal to have complete universal healthcare in Somalia by 2030. Since the COVID-19 global pandemic, the UNDP has realized how destructive a pandemic can be in all facets of life in a developing nation. In addition to the goals for universal healthcare, it aims to set up structures to strengthen resilience to any future disasters. The UNDP created a blueprint proposing a multi-step initiative to improve healthcare and ensure that it does not leave anyone behind. The program would provide basic healthcare consisting of two tiers of costs and services to choose from. However, the core service will involve the implementation of telemedicine. This will be an immense advancement, considering that most Somalis have to walk miles to get to their nearest healthcare facility.

The UNDP has also been addressing HIV/AIDS issues in the country since 2004. It has implemented investment programs totaling $5.4 million between 2005 and 2009. Its work includes creating knowledge and awareness programs, increasing testing for Somalis and lobbying for HIV/AIDS legislation. The impact of the program’s efforts is notable. As of 2019, there were approximately 11,000 children and adults living with HIV in Somalia in comparison to the approximate 22,810 in 2008.

For immediate attention to the fight against COVID-19, the UNDP is supporting an emergency call center that the Somali government runs. The UNDP contributed by offering transport to volunteers, office equipment and staff. Anyone needing advice on COVID-19 or feeling ill can simply call the center and find assistance from volunteers comprising of medical students, doctors and other health professionals. Additionally, if a patient has severe symptoms or is sick with underlying health conditions, an ambulance can transport them to their local hospital. The center helps roughly 8,000 people a day.

The World Health Organization (WHO)

The World Health Organization (WHO) pledged to assist health authorities in Somalia in increasing the number of healthcare workers and stabilizing primary healthcare services in the country. In September 2019, the organization assisted in launching the plans for universal health coverage (UHC) for the time period of 2019-2023. The WHO understands the importance of improving health systems in the country and hopes to develop powerful health systems to prevent future epidemics. Thus, the UHC initiative aims to give all Somali people improved protection from healthcare emergencies.

The WHO has declared maternal health one of its priorities and advocates for maternal health as a human right. About one in 20 women die during labor due to an overall lack of health resources, which gives Somalia one of the highest maternal mortality rates in the world. The WHO is bolstering investments in the issue, mobilizing health resources and strengthing healthcare systems to decrease maternal mortality rates.

UNICEF is also fighting to improve healthcare in Somalia. One focus has been to develop safe motherhood and child healthcare programs. The organization worked with Somali health authorities to provide the Essential Package of Health Services (EPHS). Predictions determine that these packages will aid 4.2 million Somalis. The EPHS structure is an extensive range of free health services that will help establish a medical standard for the country. The goal is to provide essential medicines, supplies and equipment as well as train and expand human resources. The program includes aid for neonatal and reproductive health, child immunizations and treatment of widespread diseases like HIV.

Somalia has one of the highest child mortality rates in the world. Due to the lack of sanitation, medical resources and vaccinations, one in seven children will not make it past age 5. Since 1990, deaths among children under 5 have reduced by half. Deaths have decreased thanks to the vaccine initiative that UNICEF and WHO launched in 2013. The program consisted of 1.3 million doses of an innovative “five-in-one” vaccine for the prevention of the top fatal childhood illnesses along with a parental awareness campaign.

The Integrated Community Case Management (ICCM) that UNICEF and WHO organized has also improved healthcare systems. This community-based approach brings experienced and supervised health professionals to the area to help decrease the common childhood illnesses contributing to the high child mortality rate. The system plans to continue developing a solid staff of health leaders and administrators to manage future health disasters.

Some organizations are making great progress in improving healthcare in Somalia. Since the efforts to create an overall healthcare infrastructure, the country has seen improvements in how it controls widespread diseases. In 2004, the average life expectancy was 50, but as of 2018, it was 55. Life expectancy should increase as chronic malnutrition, infant mortality rates and the spread of preventable diseases decrease with improved healthcare systems. Thanks to these resolutions, overall health and wellbeing in Somalia should be on the horizon. 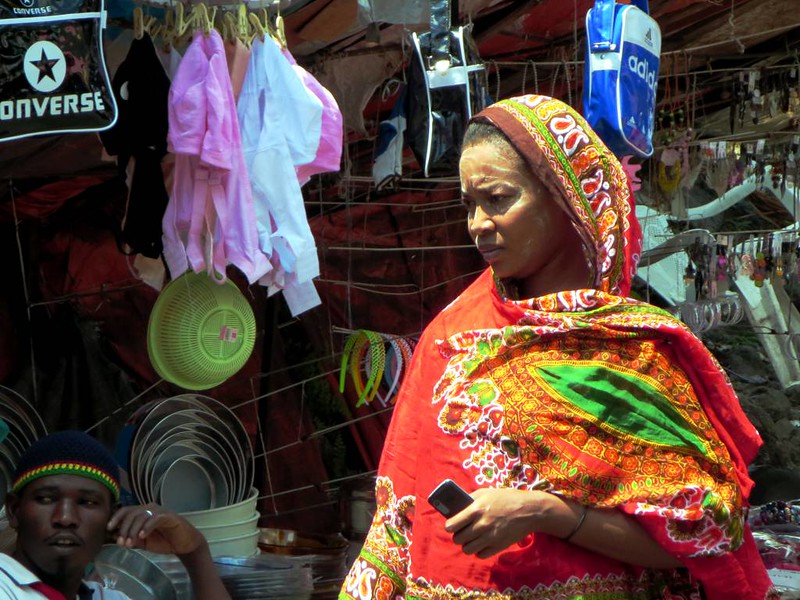 Neglected tropical diseases are afflictions that affect the world’s poor. They do not often receive attention from first-world nations. Developed nations typically ignore these diseases, which is why they are classified as neglected. The World Health Organization’s Expanded Special Project on the Elimination of Neglected Tropical Diseases has brought together 14 nations to bring an end to these afflictions once and for all. One of the countries involved in this initiative is Comoros. Many of the 14 nations have requested additional human resources, robust systems and technical capacity in order to increase NTD prevention. Attention, in particular, would go towards the ways in which they can research and combat multiple diseases at the same time as there are many different NTDs in Africa. Keep reading for more on these six facts about NTDs in Comoros.

6 Facts About NTDs in Comoros

In recent years, NTDs in Comoros have harrowed the population with no end in sight. Since 2017, however, the World Health Organization and pharmaceutical companies have come together to end NTDs in Comoros and other countries once and for all. 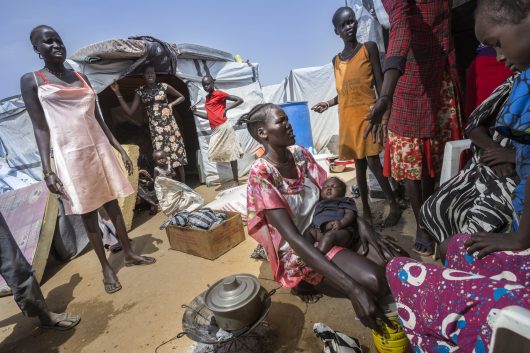 The announcement of funding was made at the sixth annual Tokyo International Conference for African Development (TICAD-VI). The investment will fund UHC in Africa: A Framework for Action, a plan launched by the World Bank, World Health Organization (WHO), the government of Japan, Japan International Cooperation Agency, Global Fund and the African Development Bank. The framework targets specific areas that will greatly contribute to the achievement of UHC in Africa including financing, service delivery, targeting vulnerable populations, mobilizing critical sectors and political leadership.

Over the next five years, the World Bank plans to contribute $15 billion under the Global Financing Facility, Power of Nutrition, early childhood development, pandemic preparedness, targeting the poor, crisis preparedness and response and leveraging the private sector. The Global Fund has committed an additional $9 billion in funding between 2017 and 2019 to treat and prevent HIV, malaria and TB.

Emphasizing the importance of good health for economic productivity, the President of the World Bank Group, Jim Yong Kim, stated, “African countries can become more competitive in the global economy by making several strategic investments, including investing more in their people, their most prized resource.”

Today, millions of impoverished people cannot afford proper health care and are further entrenched in poverty as a result. The provision of universal health care in Africa would create boundless opportunities for individuals to access health care and work towards prosperity.

Not only does ill-health have devastating effects on an individual basis, but it also drastically affects the economy. Poor health impedes impoverished populations from working and prevents children from attending school. Well-designed universal health care can help alleviate the burdens of poor health, including creating employment opportunities in the healthcare industry.

In 2012, the U.N. called on the international community to substantially increase its funding for health care in developing nations. Marking December 12 as ‘Universal Health Coverage Day’ and turning it into an international movement, the global community increasingly emphasizes the positive outcomes of UHC and the importance of new, innovative ways to reach the most impoverished populations.

Recognizing the importance of achieving UHC, African Heads of State, in conjunction with the World Bank and Global Fund, have vowed a commitment to the push for UHC across the continent. Through international funding, a strategic framework and both regional and global support, UHC in Africa could be an obtainable MDG by 2030. 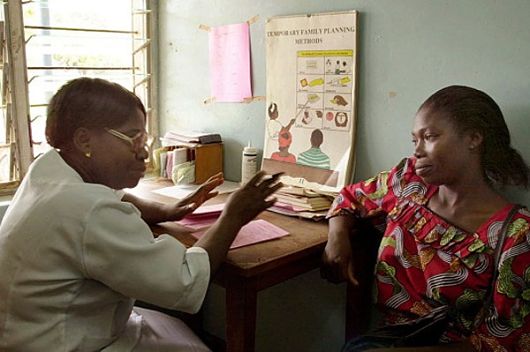 Only governments can ensure that Universal Health Coverage (UHC) is achieved within their nations. While it is widely regarded to be making strides with reproductive health services, it is important to take note of the following changes to ensure so that new era of services can emerge:

1. Domestic Financing
The Universal Health Coverage goal allows everyone access to health services regardless of financial hardship. Pursuing this goal often leads to dramatic health financing reforms, but the key is to give rise to national insurance initiatives that allow health budgets to be spent on strategic purchasing of health services, rather than on keeping the doors open at public facilities alone.

2. Cost-effective Service Package
Few services are as cost-effective for both health and economic development as contraception. Thus, contraception must be prioritized for universal access. It would be imperative to place importance on measurable health outcomes, or possibly the Sustainable Development Goals.

4. Advocating Financing by Doing
In countries that have not taken strides with the UHC, organizations can still contribute to progress through proof-of-concept financial projects like large-scale voucher programs to remove financial barriers. All types of health providers (faith-based, for-profit or public) need to be quality-assured for the services they offer.

5. Disrupting the Status Quo
Youth, women, tech-savvy entrepreneurs, health workers, civil society and the private sector will all be the influencers to drive change within family panning over the next 15 years. It is important to welcome new voices to the debates and meetings of importance. Frankness will be key to change, by dropping euphemisms and vague terms there will less trickery and more discussion of the topics that need to be discussed. Even the term “family planning” was created to avoid the associated taboo of the world’s abortion and contraception.

Investment in the health, education and rights of young people, and the alignment of related policies, is critical as it enables productivity and economic growth and the better spread and knowledge of reproductive health services is key to that.