Tag Archive for: Education in Pakistan

Pakistan has seen its fair share of violence that has torn the country apart. Part of this was a disruption in the education of the youth. Pakistan currently spends seven times more on military spending than on primary school education. The results of this is shown in the numbers of children in school and the literacy rates—63 percent of school-age children in class and 49.5 million adults can’t read. And within these numbers, 4.5 million girls don’t attend school and two-thirds of adult women are illiterate. Since 1999 Pakistan has made rather small progress. Recently, however, Pakistan has made a commitment to improve education.

That is why the statement of Prime Minister of Pakistan, Nawaz Sharif, addressing education issues at the Oslo Education Summit is so important. Sharif stated that that his government will focus on improving the quality of education for both boys and girls as well as increasing the opportunities for young girls to attend school.

Recently, Pakistan’s poverty rates have begun to slip again. This is due to the large increase in population and the low productivity of the population due to a lack of education. Another factor is the inequality of education and literacy rates between men and women. About 70 percent of men are literate, compared to the 40 percent of women.

By increasing education opportunities for the youth, especially female children, Pakistan can begin to turn around the poverty rates. They will create a more informed population that begins to transform the economy and raise Pakistan’s poverty rates.

Sharif believes that by investing in education, Pakistan can begin to improve the living conditions for its people. During the Oslo Conference he stated, “education of youth is the only way forward for socio-economic progress of our future generations and that eradicating illiteracy is essential for promotion of peace, tolerance, and harmony in any society.” 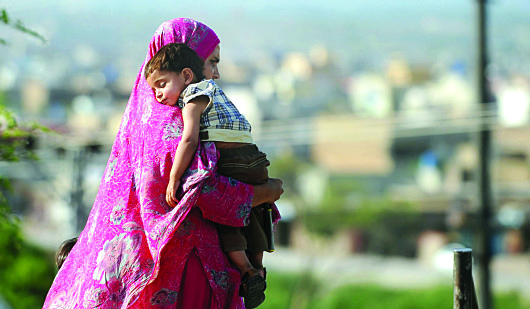 In Pakistan, one in 89 women die because of pregnancy and childbirth-related complications, and Pakistan’s Maternal Mortality Rate (MMR) is 299 per 100,000 live births.

Twenty percent of the deaths of women of childbearing age are caused by maternal complications. The majority of these deaths are caused by postpartum hemorrhaging. Hemorrhages can be extremely problematic, especially if hospitals do not have enough blood for transfusions to replace the blood loss. Maternal mortality is also high due to puerperal sepsis and eclampsia. Sepsis is when infections during pregnancy, even those not directly related to the pregnancy, trigger the body’s inflammatory response to infection. Sepsis is also called blood poisoning, and it can only be cured with the prompt treatment of antibiotics.

Eclampsia, the third leading cause of maternal deaths in Pakistan, is convulsions in a pregnant woman resulting from high blood pressure. Eclampsia is often followed by a coma.

Another reason why Pakistan has a high maternal mortality rate is due to the fact that contraceptive use has not increased much in recent years. In 1984, the Total Fertility Rate (TFR) was six children per woman in Pakistan. By 2008, this number declined to about four children per mother, with a rate of about three children per mother for women in urban areas. However, contraceptive use has remained steady, and only about 30 percent of married women of childbearing age use contraceptives. Contraceptive use is still stigmatized by religious members of the community, such as Mohammed Zakaria, the mufti of Jamia Islamia, an Islamic religious school. Zakaria argues that “family planning is wrong and un-Islamic if practiced routinely.” Educated mothers are more likely to use contraceptives, but many women in Pakistan are uneducated. NPR argues that an increase in education would lead to an increase in contraceptive use and a corresponding decrease in maternal mortality, citing Sri Lanka as an example. In Sri Lanka, the literacy rate is 91 percent (compared to 62 percent in Pakistan).

Maternal mortality is also a problem in Pakistan due to a shortage of doctors, nurses and beds at government hospitals. Many of the regular staff members are postgraduate trainees who are not able to handle pregnancy-related complications.

Pakistan currently only spends less than 1 percent of its GDP on healthcare. In order for maternal mortality rates to decrease, more money has to be devoted to improving hospital care and making hospitals more accessible. The stigma around contraceptive use also has to end, and an increase in education would also lead to a lower MMR.

Girls in rural Pakistan are receiving groundbreaking sex education lessons from the Village Shadabad Organization. These lessons range from topics of puberty, sex, marital rape, menstruation, marriage, human rights and self-defense against attackers. These sex education lessons are being taught alongside normal education curriculum in eight different girls schools, which are funded by BHP Billiton, an Australian company.

Lessons on menstruation and puberty teach girls not to be ashamed by their own body, and lessons on marital rape explain that unwilling marital sex is a crime. The girls are taught to scream and fight if they are touched inappropriately, because their bodies are owned by no one but themselves. Uzma Panhwar, a 10-year-old student, declares “My body is only mine and only I have the rights on it.”

These lessons teach girls about their body, and about their sexual health. With greater knowledge and awareness of their bodies and their rights, girls can gain confidence and strike away feelings of guilt and shame thrust upon them by their conservative patriarchal society.

In a country where public discourse on sex is forbidden, these lessons are even more meaningful and relevant for these young girls. It is estimated that 70 percent to 90 percent of Pakistan’s women have experienced domestic abuse. Women in Pakistan experience high rates of sexual and domestic violence, fighting against a justice system that favors their male attackers. Both law enforcement and government officials have proved to be unresponsive towards violence against women.

The World Economic Forum’s Global Gender Gap report ranked Pakistan as 135th in the world due to its gender inequality. Pakistan has a history of honor killings, child marriages and violence against women. Although the country is making progress in women’s education, women still have little representation in their own government.

The families in these rural villages support sex education, but there are many others in Pakistan, especially from the education sector, who oppose it due to constitutional and religious reasons. The education minister for the Sindh province and the president of All Pakistan Private School Federation have opposed these sex education lessons in the rural villages.

These sex education lessons are important in providing a foundation for female empowerment in Pakistan. While reform and increased legislation on women’s rights from the government will be slow to create change, these lessons in rural villages are impacting transformation of social norms at the local level.

Women’s empowerment has been shown to not only combat poverty, but to promote development and greater well-being. Teaching these young girls in Pakistan to take control over their bodies also teaches them to take control of their own lives. These sex education lessons do not merely educate them about their bodies, it teaches them to respect themselves, and to demand the respect they deserve from their society and government. 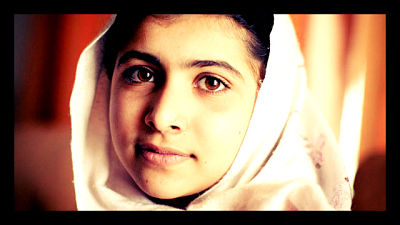 Malala Yousafzai is a young education rights campaigner from Pakistan. Malala will soon be celebrating her 16th birthday, a miracle after she was shot by extremists for her outspoken beliefs on education. Malala will celebrate her birthday by traveling to the United Nations where students from more than 80 countries will join her.

Malala and the other young activists will be assembled to call for global education for everyone in the world. She and the other young diplomats believe that education is a right for all – one of the Millennium Development Goals, and a vital component of the path to global citizenship. This belief is well founded in the fact that universal compulsory education represents a future that the world wants. Malala was the first person to sign on to a new worldwide petition calling for urgent action to ensure the right of every child to safely attend school. The petition serves as an initial step in focusing the UN agenda on education.

UN Secretary General Ban Ki-moon supports Malala’s mission to bring education to the world. He states that education is an essential step in a world without poverty, violence, discrimination, and disease. He also recognizes that in order to achieve these objectives, the global society needs to continue pushing forward. The secretary general recognizes that we, as a global society, have made progress on this issue, however, there is much more work to be done. Ban expresses that no child or woman should have to consider going to school as an act of bravery.

Ban states that too many girls around the world are subjected to extremist threats for trying to obtain an education. The benefits of educating women in developing countries have been proven time and time again. Ban explains that when women and girls are educated, a society develops at a more rapid pace than without their education. Additionally, education increases future earnings for women, allowing them to provide their families with additional resources, over time, lifting them out of poverty.

If education is key to empowerment as the path to economic stability and development, why is it so widely contested in many developing countries? The answer lies in fear. If we as a global community continue to fear education for all, we will fail to grow as a global economy. More steps must be taken to ensure each child has access to education.