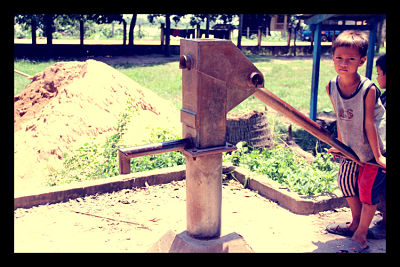 Surge is a Chicago-based nonprofit organization that focuses on providing people with clean and safe drinking water. According to Chicagonow.com, Surge has given around 67,000 people access to clean water in countries such as Haiti, the Dominican Republic, Ethiopia, Tanzania, Pakistan, Bangladesh, India, and Cambodia.

In addition, Surge focuses on improving people’s health in countries where fatal waterborne diseases such as cholera are common. In order to fund further projects, the organization has decided to host a nationwide event that focuses on collecting funds for the cause.

In addition, Surge provides other ways people can get involved with clean water initiatives. People as young as eight years old can get involved in Surge’s educational awareness program. According to surgeforwater.org, these educational programs reach up to thousands of people each year. Additionally, the “Just for Kids Initiative partners with local organizations in order to educate and empower youth” involved in the program.

In places such as Bangladesh, Surge has provided new water sanitation systems. In the district of Gazipur, more than half of the households were given access to clean water. Today, more than 56,000 households depend on Surge’s aid.

Additionally, the nonprofit has provided Cambodian people with a new water tank to people living in remote villages near the Mekong river. Due to Surge’s efforts more than 1,000 Cambodian children now have access to clean water.

This year, the Water Falls Gala will raise funds for clean water projects in places such as Haiti and the Dominican Republic. According to the official website, the event will be held at the National Hellenic Museum in Chicago’s West Loop.

All the proceeds will work towards building clean water systems in Haiti and the Dominican Republic. The projects in these countries will bring clean water to thousands of people.