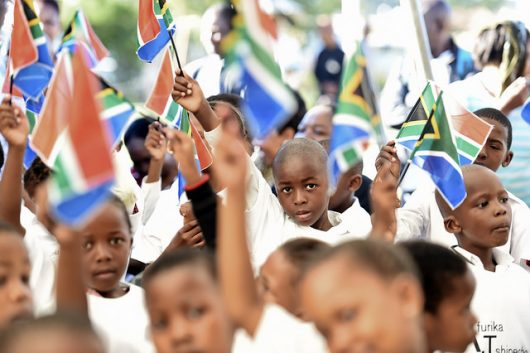 A U.S. global initiative has made significant strides in helping with the HIV/AIDS epidemic in South Africa. The President’s Emergency Plan for AIDS Relief, or PEPFAR, has provided substantial support programs to the African nation including clinical services, HIV counseling and testing and various programs emphasizing treatment to adolescent girls and young women.

The PEPFAR initiative came into effect during the Bush administration, providing the president with declarative powers to help fight HIV/AIDS and other diseases. The program was renewed and expanded in 2008, and its funding was tripled.

In an article published by the Christian Science Monitor, Sharonann Lynch, the HIV and TB policy advisor for Doctors Without Borders, notes PEPFAR as one of the most significant AIDS relief programs in the region.

“It’s not every day in global health where a program gets to essentially say they’ve turned the tide on an epidemic, and that’s what PEPFAR has done,” Lynch said.

Lynch believes that PEPFAR is integral in bringing awareness to the disease and to the possibility of its future eradication across the globe.

“When PEPFAR was announced, you didn’t have anyone talking about ending AIDS – and now that’s exactly what the US and other governments have committed to. They can see it in sight,” Lynch said.

According to a report published on the PEPFAR website, seven million people of all ages were living with HIV in 2015. Approximately 180,000 deaths were attributed to AIDS the same year.

PEPFAR focuses heavily on women and children affected by HIV/AIDS. The organization provided antiretroviral treatment to 220,626 expectant mothers to reduce the risk of mother-to-child HIV transmission in 2016. The plan has also provided care and support for 407,056 orphans and vulnerable children affected by HIV/AIDS by providing funding to the health and social welfare systems of South Africa.

According to a report published by the CDC, approximately 52 percent of deaths in South Africa were caused by HIV/AIDS in 2006. With the help of programs such as PEPFAR, the number of fatalities has dropped significantly, from roughly one-half to one-third, in South Africa.