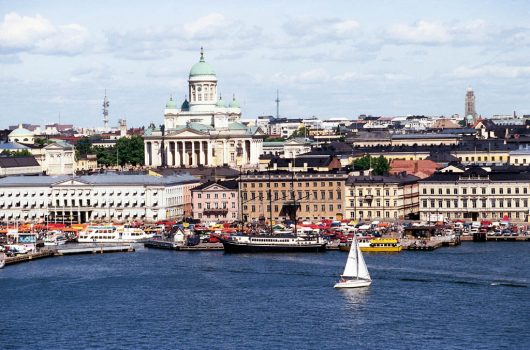 Finland is not one of the most populated countries in the world, but it is one of the more well-known. With just more than five and a half million people, Finland ranks 115th in population. The top diseases in Finland are also the major diseases found all around the world.

The World Health Organization (WHO) released a statement claiming that the top disease impacting the citizens of Finland is cardiovascular disease, contributing to 40 percent of fatalities in 2014.

Coming in second are other non-communicable diseases (NCD), at 25 percent. These diseases are very slow in progressing toward fatal levels. The four main types of NCD are cardiovascular disease, cancer, chronic respiratory diseases and diabetes. According to the WHO, they are the leading cause of death on a global scale, representing 63 percent of all deaths annually. Different categories of NCD kill over 36 million people each year, impacting predominantly low-income families, specifically those in less developed countries.

Other NCD making the the top list include various cancers (23 percent) and respiratory diseases (3 percent). Males have a higher chance of dying in each category than females. Over the last 15 years, the numbers for each category have been vastly decreasing due to new technology and procedures and treatments in the categories listed. Other major causes of premature death includes drug use, high blood pressure and obesity.

The smoking percentage in Finland is at 24 percent, which is higher than the U.S. percentage of 15 percent, according to the CDC. These are risks that can be completely eliminated by the individual’s efforts.

The top diseases in Finland mirror a lot of the top diseases around the globe. There is room for improvement based making healthy lifestyle changes and eliminating some of the risks factors including drug abuse and obesity.