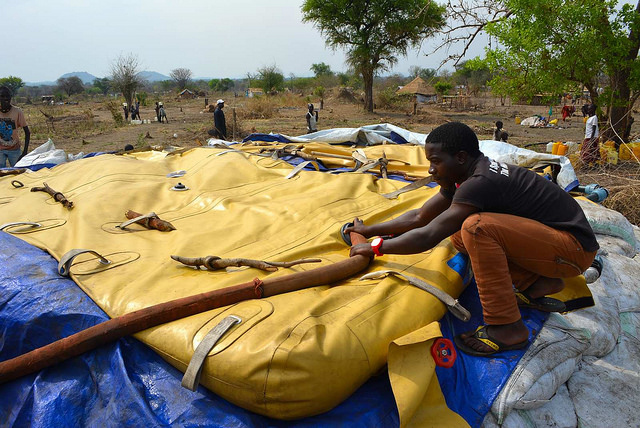 South Sudan is a country located in East-Central Africa with a population of approximately 13 million. The country is rich in fertile agricultural land, as well as precious gems and metals such as diamonds and gold. Yet, South Sudan is one of the world’s poorest countries and ranks low in many socioeconomic categories, due to its brutal history of civil war and current tensions with Sudan.

South Sudan has a history of upheaval and political unrest. Prior to gaining its independence in 2011, the country was part of the large Sudan. Yet citizens from the south were not given the same political rights as those in the north, leading to two prolonged periods of conflict occurring from 1955-1972 and 1983-2005.

During this time, an estimated 2.5 million Sudanese died due to starvation and drought.  Finally, in 2005, a Comprehensive Peace Agreement was reached, in which the south was given a six-year period of autonomy to eventually be followed by a referendum to determine the final status of the country. The result of the referendum indicated that 98 percent of the population was in favor of secession.

Despite gaining independence, South Sudan has struggled to control rebel militia groups operating in the region. Following a year of peace, fighting broke out again in July 2016, leaving millions of South Sudanese displaced, as many were forced to flee their country into the neighboring country of Uganda.

The U.N. Refugee Agency estimates that over one million South Sudanese refugees have fled to Uganda over the last year, meaning approximately 1,800 refugees arrive each day. It has become one of the fastest-growing refugee crises in the world, with more than 85 percent of the South Sudanese refugees in Uganda being women and children under the age of 18. One refugee camp, just south of the border called the Adjumani Settlement, has over 210,000 South Sudanese refugees. These settlements often have limited space and resources, including limited water availability, yet thousands of refugees continue to pour into Uganda.

Despite Uganda having its own internal struggles, many experts have applauded the country for maintaining its open borders as well as its progressive approach to asylum. Uganda provides refugees with land to build shelter and grow crops. It allows the South Sudanese refugees the freedom to work, while also giving them access to public services including health care and education.

The Ugandan government is also working to garner additional financial support from other foreign countries including the United States. It hosted a Solidarity Summit in June to raise funds for South Sudanese refugees in Uganda; however, only 21 percent of the $674 million needed was actually received from the countries invited.

Despite the lack of funding, many organizations have provided their assistance to the South Sudanese refugees in Uganda. Medecins Sans Frontieres, also known as Doctors Without Borders, has provided tremendous medical assistance to many of the refugee camps. Between January and April 2017, Doctors Without Borders provided over 20,000 medical consultations, and delivered over 250 babies and provided their mothers with adequate health care. Not only does Doctors Without provide basic health care, it also provides mental health care services to refugees who have experienced trauma through their displacement.

The government of Ireland also has airlifted over $500,000 of essential relief items, including blankets, shelter construction materials and mosquito nets, to assist the South Sudanese refugees in Uganda. Over the past year, Ireland has spent over $3.5 million in support of the refugees. The country also pledged solidarity and a willingness to support the refugees in any way it can.

Many organizations and countries have shown their support to the South Sudanese refugees in Uganda. However, the country is still in need of desperate financial resources to provide individuals with basic necessities, including food and water. Greater education on the South Sundanese refugee issue around the globe, coupled with additional financial support to fund the nearly $700 million needed, can provide displaced citizens with basic necessities in order to give them the ability to rebuild their lives in Uganda.

How China Is Leading in Poverty Reduction Why is Myanmar Poor?
Scroll to top