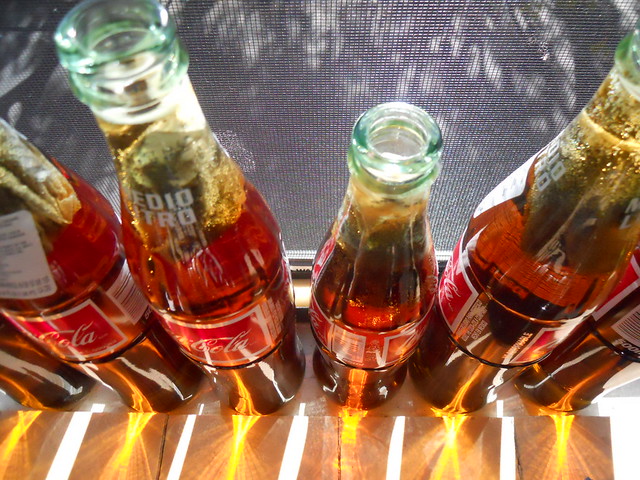 Type 2 diabetes recently became one of the leading causes of death in Mexico. The number of diabetes-related deaths will continue to rise. Furthermore, scientists have predicted that at least half of Mexico’s population will have diabetes by 2050. Conditions such as being overweight and obesity have strong links to the development of Type 2 diabetes. In response to the growing health concerns associated with obesity and diabetes, the soda tax in Mexico has been implemented to reduce liquid sugar consumption and promote healthier lifestyle choices.

The popularity of sugary drinks has come with negative consequences. As soda consumption rose, the number of people suffering from obesity and diabetes in Mexico also increased. While sugar-sweetened beverages were not the only drivers of the weight-related problems plaguing the country, they did receive the most attention from health officials.

In 2014, Mexico began taxing all sugar-sweetened drinks. The tax roughly increased the price of the sugary drinks by one peso per liter. The purpose behind the soda tax was twofold:

The soda tax in Mexico was an important step in the country’s fight against diabetes. In 2018, a report found that nearly one-third of the Mexican population was living with diabetes. The most common form diagnosed was Type 2 diabetes, which causes blood glucose (sugar) levels to be higher than normal. The exact cause remains unclear, but obesity was strongly linked to the development of Type 2 diabetes.

Link Between Obesity and Diabetes

The World Health Organization (WHO) reported that a healthy diet includes the consumption of about 2,000 calories per day. The average Mexican adult consumes over 3,000 calories per day. Mexico has one of the highest obesity rates in the world. The number of Mexican adults suffering from obesity rose from 20.5 million in 2012 to 24.3 million in 2016.

Food insecurity and undernourishment were the leading causes of obesity, especially among the poor. The United Nations Food and Agriculture Organization (FAO) found that unreliable access to food contributed to multiple health conditions. In addition, much of the food produced in Mexico was high in carbs and fats. Mexican farmers favored crops that were cheap and easy to grow (like corn) instead of focusing on their nutritional value. Consequently, the average Mexican diet has higher carbs and fats than recommended.

The poor have been the most vulnerable to obesity. A study found that poor communities had obesity rates 145 percent greater than wealthy communities. The stress of food insecurity and undernourishment impair the poor from making the best food choices for their health.“When household resources for food become scarce, people choose less expensive foods that are often high in calories and low in nutrients,” explained the FAO.

Did the Soda Tax Work?

Diabetes has no cure. While medication is a big part of treatment, most doctors recommend a lifestyle change for diabetics looking to keep their blood glucose levels under control. The “Soda Tax” sought to help with the lifestyle change by saving people who avoided sugary drinks money.

Since 2014, the sales of sugar-sweetened beverages have dropped throughout Mexico. Sales dropped by 5.5 percent the first year. By the second year, sales were down by 9.7 percent. The sales of untaxed beverages increased by about 2 percent. However, the calorie intake of the average person has remained unchanged.