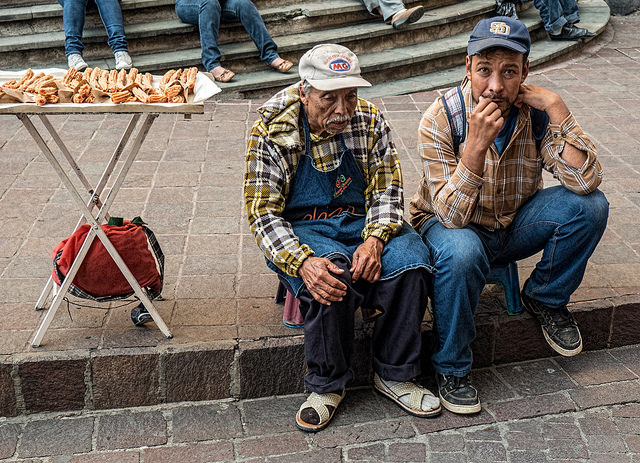 Access to credit and other financial services can lead to profound positive effects on the overall health and welfare of a country, but these services can often be hard to come by in developing nations. This makes it harder for people to start a business or borrow money when an unforeseen circumstance leads to a loss of income.

Mexico has been working to improve its economy by increasing credit access to its citizens. A 2016 report by the National Banking and Securities Commission found that Mexico is trailing behind much of Latin America when it comes to credit access, especially among small- and medium-sized enterprises.

The World Bank reported that Mexico’s domestic private-sector credit as a percentage of GDP was 31.1 percent as of July 2016. By comparison, that figure is 109.4 percent in Chile and 69.1 percent in Brazil. Mexico’s banking industry understands the importance of increasing credit access in Mexico and has set the goal of increasing the country’s private-sector credit percentage to 40 percent by 2018.

In order to achieve the goal of increased credit access, Mexico has launched a National Financial Inclusion Strategy (NFIS). The World Bank estimates that this strategy can lead to an additional 29 million Mexican citizens gaining access to a bank account and other financial services. This has the potential to stimulate Mexico’s economy and increase its quality of life.

Mexico’s NFIS seeks to engage private banking, social welfare, public education, telecommunications and other industries in order to provide financial services to the 56 percent of citizens that currently do not have a bank account.

One of the important pillars of this plan is to increase education about financial services and how to use them. This will start with making sure that the subject is taught to children and youth as a part of Mexico’s public school curriculum.

The NFIS also seeks to use new technologies in order to make financial services more readily available. This will include increasing the ways that people can use mobile phones to access financial services and make digital payments.